Studio Movie Grill announced on Wednesday that it has officially emerged from bankruptcy and will have 19 dine-in theaters operating in seven states by Memorial Day weekend.

In addition, the chain’s longtime CFO and COO Ted Croft will become Studio Movie Grill’s new CEO after navigating the chain through a pandemic in which many of its locations stayed open for food delivery orders.

“This has been a challenging time for the industry and the brand,” Croft said in a statement. “It’s a testament to SMG’s founder, team members, and our other stakeholders, that we’re standing here today delivering a best-in-class experience to folks getting out of their homes and safely back into theaters.” 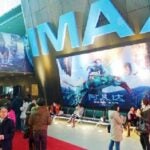 SMG’s reorganizing plans are similar to the ones that have kept fellow dine-in chain Alamo Drafthouse afloat: after filing for bankruptcy, SMG arranged an equity deal with secured lenders led by Goldman Sachs and Crestline Investors, slashing $100 million in debt and providing $25 million in liquidity.

And just as Alamo was forced to close some of its underperforming locations as part of its bankruptcy reorganization deal, SMG will have to downsize from the 33 locations it operated prior to the pandemic. But the deal will keep slightly more than half of those chains open, with 17 theaters currently operating in California, Florida, Georgia, Texas and Illinois. In addition, the studio also plans to reopen locations in Indianapolis and Upper Darby, PA, on April 29 and May 27, respectively, as well as open a brand new location later this year in Alpharetta, GA.