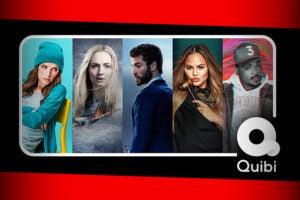 ”Is it even possible to do big blockbusters that require loads of extras in makeup with social distancing?“ one production executive tells TheWrap

For the past several weeks, Hollywood’s studios and labor unions have been quietly working to build a set of rules that will protect workers when the coronavirus lockdown ends and filming is allowed to resume. But the process is expected to be long and complicated.

While retail stores and offices may have a relatively straightforward path to implementing social distancing protocols, close contact is an inevitable part of the job for film and TV productions. From hair and makeup to camera operating and set construction, there’s plenty of practices that will have to change even before Hollywood addresses the work actors do in front of the camera.

And figuring out how those different below-the-line jobs can be done, if at all, is going to take some time.

The six-step framework, announced last week by California Gov. Gavin Newsom, will be used to determine when the state’s economy will be allowed to reopen. One of those steps calls for schools and businesses to implement rules ensuring that social distancing is practiced, and Newsom suggested that his administration will provide guidelines to businesses on how to administer “health checks” to employees when the situation improves enough to allow the lockdown to ease.

“Let’s take makeup departments as one example,” said a production outlet head with knowledge of the talks who spoke to TheWrap on condition on anonymity. “That involves makeup artists using very expensive brushes and equipment, often in rather cramped trailers, touching the faces of actors. And right now they’re telling us not to touch our own faces, so we don’t get the virus. Is it even possible to do big blockbusters that require loads of extras in makeup with social distancing?”

The lack of guidance by the Department of Labor and OSHA under Donald Trump has made answering such questions more complicated. One Hollywood union insider tells TheWrap that in 2015, the process of creating a workplace safety standard on communicable diseases had been started by OSHA but was halted after Trump took office.

Since the start of the pandemic, OSHA has not implemented any emergency standards on COVID-19, instead providing discretionary guidelines that are not enforceable and largely leave the department’s job of protecting worker safety to state governments. Labor sources say that if firm infectious disease standards were in place, it would provide a firmer foundation for guilds and studios to figure out what can and can’t be done safely on sets while maintaining social distancing.

Instead, Hollywood’s been left to figure it out on their own. Last week, the Directors Guild of America announced that it had launched a task force led by “Contagion” director Steven Soderbergh that will discuss the filmmaking process with a team of epidemiologists and advise the DGA National Board on best practices. In a similar way, top studios and Hollywood labor have been sharing information and discussing ideas on how to modify various elements of the filming environment.

Though talks are still early, common sense changes like pre-wrapped meals at craft services are likely to be implemented while studios are looking into the possibility of using antibody tests that could determine whether some workers have developed some immunity to the virus. One studio exec also suggested that visual effects may become necessary to avoid filming scenes requiring large amounts of extras, using CGI to create crowds digitally.

While there are growing calls for the economy to reopen — calls that a few states like Georgia are choosing to answer — Newsom appears adamant on keeping California on lockdown until his six-step framework is met. That will require strong medical infrastructure to deal with infection surges and a stronger testing system that will take weeks, if not months, to build. This means that it will be quite some time before Hollywood will even have the chance to submit its safety plans to public health officials for potential approval.

Given the hurdles the industry already faces, the extra time will be needed.

“This is a giant Rubik’s cube we’re trying to solve,” said one studio exec. “There are still many more meetings coming with everyone in the industry about how to come back, what can work, and what parts of filming are going to be more difficult.”