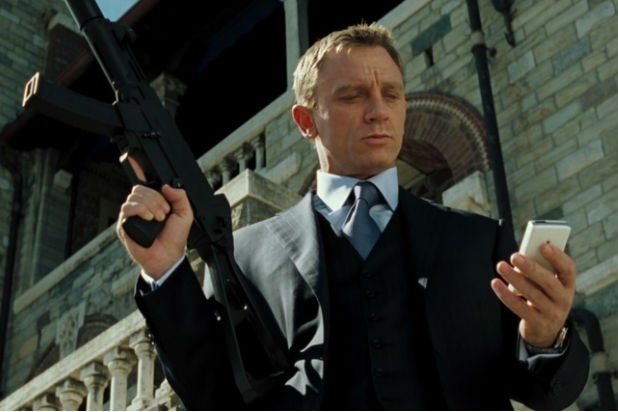 The more parents watch violent or sexual content the more likely they are to allow their children to watch risque content at a younger age, according to a new study released on Monday.

Researchers were surprised at how quickly parents became desensitized to violence and sex after watching only a few scenes from PG-13 and R-rated films. “We didn’t expect it to be quite that dramatic,” Dan Romer, associate director of the Annenberg Public Policy Center and the study’s lead author, told TheWrap.

The study out Monday from the Annenberg Public Policy Center entitled “Parental Desensitization to Violence and Sex in Movies” found that the more parents watched violent or sexual content, the more likely they were to allow their children to see more questionable content at a much younger age.

The authors of the study are now concerned about the impact this may have on how films are judged by the ratings board at the Motion Picture Association of America (MPAA).

Parents viewed three brief pairs of movie scenes featuring either violent or sexual content. After seeing the first movie clip, the parents thought the minimum age to see a movie with that content should be 16.9 years old on average for violence or 17.2 years old for sex scenes. After watching the sixth and final scene, the parents were more willing to let younger teens see the movies, 13.9 years for violence and 14 years for sex – lowering the minimum age by three years or more.

“We didn’t think there would be a crossover between violence and sex. We thought they’d be kind of independent, but not in this survey,” he said. “Parents who saw sex first rated the violence more permissively and vice versa.”

The authors noted that people who rate movies for the  MPAA, who are themselves parents, could be subject to the same desensitization “and thus more likely to be lenient when it comes to evaluating the appropriateness of such content for children.”

“They watch, it’s been estimated, hundreds of movies a year,” said Romer. “It’s hard to believe they wouldn’t be subject to this.”

The authors also suggested that “our entire culture may be undergoing desensitization to violent movies with consequences that remain unknown.” One potential consequence, they said, is a greater acceptance of the use of guns.

“The industry, they’re trying to put this kind of content into PG-13 because they know adolescents will like it and they can get a bigger box office as a result,” said Romer.

The new findings were based on an online survey of 1,000 parents who have children from ages 6 to 17. The movie scenes came from popular films targeted at youth (PG-13), rated R (under 17 requires accompanying parent or  adult guardian) or unrated in DVD versions.

The movie clips can be seen here.