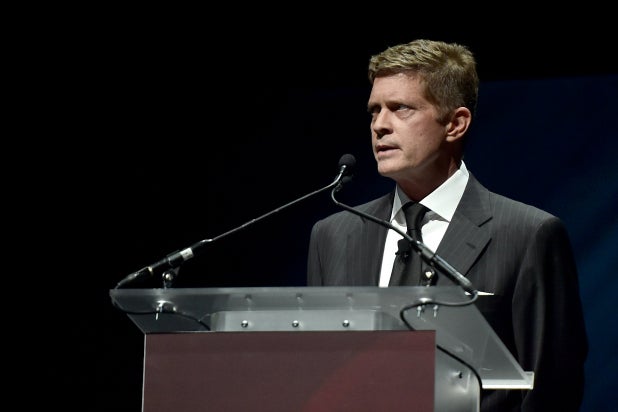 STX Entertainment is in discussion with a Saudi Arabia investment fund to bring in much needed capital, an individual with knowledge of the talks told TheWrap.

As TheWrap previously reported, the five-year-old studio has been eagerly seeking a cash investment or a potential buyer in recent weeks, after a string of flops at the box office. The studio recently put off an upcoming movie release starring Dave Bautista and let a Jennifer Lopez project go to Universal.

The individual said that the investment discussions were being driven directly by the crown prince, via a government-backed fund. “It’s his way of showing that his money will be taken by Americans and it’s not about the studio,” the individual told TheWrap.

It’s unclear if the discussions involve the Saudi government’s Public Investment Fund, which invested $400 million in WME parent company Endeavor in March 2018 that the Hollywood giant returned earlier this year following the outcry over Khashoggi’s murder.

A spokesman for STX would not confirm or deny the talks: “We speak to a broad range of investors around the globe interested in our business and we don’t comment on those discussions.” Reps for the Saudi Public Investment Fund did not immediately respond to requests for comment.

STX CEO Robert Simonds has previous business ties in Saudi Arabia. In October, he joined a slew of media and entertainment executives who backed out of the Saudi Arabian Future Investment Initiative conference in Riyadh, following the initial disappearance of Khashoggi.

STX has struggled as of late as the five-year-old studio’s mid-budget, star-driven strategy has yet to yield tenable results outside of its “Bad Moms” franchise. So far through 2019, with the notable exception of The Weinstein Co. pickup “The Upside,” STX has produced one box office disappointment after another.

The studio’s most recent release, “Poms,” grossed $13.6 million at the box office in May in a distribution deal with producer eOne. STX took on the cost of prints and marketing. Another spring release, “Best of Enemies” starring Taraji P. Henson and Sam Rockwell, took in just $10.2 million on a $10 million production budget.

But the most painful misstep came with a May release of star-studded animated feature “UglyDolls,” which cost roughly $95 million between production and marketing spend and brand tie-ins and brought in only $26.4 million worldwide. The studio had hoped for a hit that would become a franchise based on the popular children’s toys.

But multiple individuals said STX has burned through that cash even while seeking to reduce expenses.