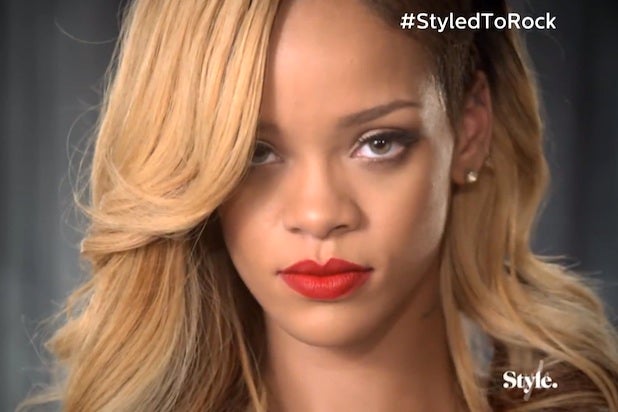 Good news, Style Network viewers: If you were eagerly awaiting Rihanna‘s fashion competition series, it will still go on.

Originally ordered to series by Style Network, “Styled to Rock” will now air on Bravo, TheWrap has learned. It will premiere on Friday, Oct. 25 at 8/7c.

“Styled to Rock” features 12 designers fighting for a $100,000 cash prize, a feature in Glamour Magazine and the chance to become a member of Rihanna’s design team. Music artist/producer Pharrell Williams, model Erin Wasson and Rihanna’s personal stylist, Mel Ottenberg, will mentor the contestants.

Alongside Rihanna, Shed Media US, Overbrook Entertainment and Marcy Media Films are producing.

“Styled to Rock” is the latest Style Network show to move to a sister NBCUniversal network after Style was shuttered last week and replaced by Esquire Network.

TheWrap reported exclusively last week that Style series “Tia & Tamera” and “Giuliana & Bill” have moved to E!. It will also air the remaining new episodes of “Giuliana & Bill’s” sixth season next year. Both series are under consideration for renewal.

The fate of other Style Network series is still under consideration.

Watch a sneak peek of “Styled to Rock” below: