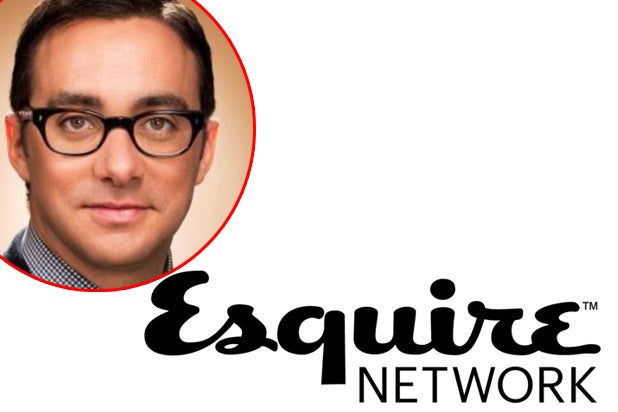 In what seemed to the outside world as an eleventh hour decision, NBCUniversal announced two weeks ago that Esquire Network would replace Style instead of previously announced G4.

On Monday, the transition occurs in 75 million American homes and the new male-centric network’s boss says that Style’s predominately female audience may not be totally put off by the new programming.

Stotsky, who took over G4 last year and formerly served as NBC Entertainment’s president of marketing, pointed out that Esquire Network, like the magazine, should see some overlap in interests between men and women.

“We can turn to the readership of the magazine, which is on average 30 percent female,” he said.

“And we believe most of the programming we’re putting on-air will be a natural and intuitive transition for the Style viewers,” he continued. “Obviously, our programming areas are based on some of the same content areas as Style, just with a more male focus. So, whether it’s fashion and style, whether it’s architecture, travel and adventure, food and drink, much of the content area has had a place on Style and certainly is the focus of Esquire Network. So, we think it’ll be a natural and intuitive transition.”

Of course, the announcement that the male-centric network will no longer replace G4 has attracted some interest as to NBCUniversal’s intentions for the video gamers network. For now, the party line is that it will remain status quo.

Esquire Network will launch its first night of primetime programming with a two-hour retrospective of its namesake’s history, “Esquire’s 80th,” at 9/8c.

Previously, the network announced several original series, including cooking competition “Knife Fight,” celebrity travel show “The Getaway,” and fashion series “How I Rock It,” hosted by NBA player Baron Davis, among others. The rest of its schedule will be filled by a mix of nonfiction, scripted and syndicated programming from its NBCUniversal sister networks and others.

“Our insight is that there’s a white space in the television dial,” Stotsky explained. “Outside of sports and news from our point of view, there really is no singular lifestyle destination that explores the wide range of interests that men have today.”