HBO’s “Succession” does not yet have a premiere date for its long-awaited, pandemic-delayed third seasons, but fans should know that once they do get that new batch of episodes, it probably won’t be much longer until the show itself comes to an end. According to writer and executive producer Georgia Pritchett, series creator and showrunner Jesse Armstrong is eyeing at most a five-season run, but “possibly more like four.”

“I think the maximum would be five seasons, but possibly more like four,” Pritchett told U.K. newspaper The Times in an interview published Thursday. “We’re at the end of filming season three, so at this point Jesse is saying only one more. But that happens every time. We’ve got a good end in sight.”

While Armstrong wrote the “Succession” pilot on his own, he has collaborated closely on the other installments with Pritchett and the other writers he brought on board to help flesh out the rich and ruthless Roy family. 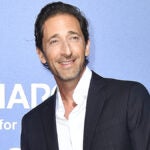 Here’s the official description for “Succession” Season 3, which is currently in production: “Ambushed by his rebellious son Kendall at the end of Season 2, Logan Roy begins Season 3 in a perilous position. Scrambling to secure familial, political, and financial alliances, tensions rise as a bitter corporate battle threatens to turn into a family civil war.”