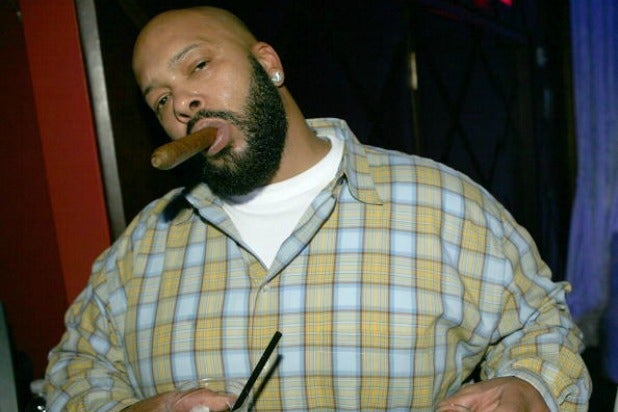 “Out on bail, fresh out of jail, California dreamin’,” rapped 2Pac on one of Suge Knight’s biggest records, “California Love.” And that perfectly captures where Knight is today.

The Death Row Records mogul (full name Marion “Suge” Knight) was released Wednesday after he was stopped for an alleged traffic violation and discovered to have a misdemeanor warrant, an LAPD spokesman told TheWrap. Knight was arrested driving in West Los Angeles.

Also read: Happy Birthday, Tupac – Rapper Would Have Been 40 (and Maybe He Is)

The LAPD had no immediate word on the nature of alleged violation or the warrant. But the Associated Press reported that a warrant was issued for Knight’s arrest in February, when he skipped a court appearance for driving without a license. The AP also said he was released on $20,000 bail, which the LAPD could not immediately confirm.

Knight, who filed for bankruptcy in 2006, built on the star power of Dr. Dre to help establish Snoop Dogg as a star, and later brought Tupac Shakur into the fold of his label, as famous for its feuds as its beats.