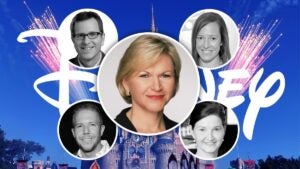 A wild, R-Rated bloodbath of a superhero movie will enter an extremely turbulent theatrical market. How it does is anyone’s guess

Opening weekend projections for this summer’s box office have been difficult thanks to the pandemic; but no film’s fate may be harder to predict than Warner Bros.’ “The Suicide Squad.”

James Gunn’s foray into the DC Universe will be affected by multiple factors both related to the pandemic and to its own attributes as a film. Trying to determine which of those factors will have the biggest influence is a puzzle that analysts are struggling to figure out.

“Every movie that is the first of its kind to come out this year is a new test case to see how it reacts to this pandemic environment,” Comscore analyst Paul Dergarabedian said. “Tracking was always a somewhat inexact science in the past. But now, with this R-rated superhero film in this environment and with this release strategy, comparisons to ‘Deadpool’ can’t be made.”

For now, Warner Bros. is keeping its numbers conservative, projecting a $30 million opening weekend for “The Suicide Squad.” Analysts and independent projections are also predicting an opening in the low $30 million range but do not rule out ticket sales closer to $40 million.

While such an opening would be solid given the current market, it’s well below the $70-80 million seen for hits like “F9” and “Black Widow.” So what is working for and against “The Suicide Squad”? Let’s break down the many things at play.

On paper, this is the biggest factor of all. While box office headlines over the past month have focused on Disney and its same-day Disney+ “Premiere Access” streaming program cutting into ticket sales, Warner Bros.’ move to release all of its 2021 films simultaneously on HBO Max will now face a big test as a film from the studio’s biggest franchise will be released under the hybrid model.

Part of the reason why analysts have set their projections at $30 million is because that’s where Warner Bros.’ most successful films this year have opened. Back in the spring, “Godzilla vs. Kong” earned a Friday-to-Sunday total of $32.2 million — and still stands as the only Warner film this year to gross over $100 million domestically — while “Space Jam: A New Legacy” opened to $31 million last month. As analysts try to gauge just how much the hybrid model is affecting casual moviegoer interest, prior performance of tentpoles released on HBO Max will be a guiding star.

“What a lot of analyses have tried to do is take what happened with a similar film before the pandemic and dial it down by 20%, but that doesn’t take into account so many other factors,” Dergarabedian said. “In this marketplace, trying to apply what are believed to be weighted metrics for this timeframe don’t always bear fruit in an accurate way.”

The spread of COVID-19 worldwide probably won’t affect domestic box office numbers for “The Suicide Squad.” If the opening weekend of Disney’s “Jungle Cruise” was able to outperform that of “Space Jam: A New Legacy” two weeks prior, then it’s safe to assume that the group of moviegoers comfortable with returning to theaters hasn’t diminished with the rise of the Delta variant.

But overseas will be another story. Forty percent of theaters in Australia remain closed, France and Italy require proof of vaccination for admission, and Mexico has seen infection rates return to their January highs. The one bright spot may be the U.K., where “The Suicide Squad” opened to $4.5 million as part of a five-country $6.7 million global opening last weekend. As the film opens in every other market aside from Japan this weekend, “The Suicide Squad” is projected for a $35-40 million overseas total.

The situation with the virus is constantly in flux, but this weekend will provide more data on where world audience turnout is holding steady.

3. Are James Gunn and this cast a draw?

Aside from “Zack Snyder’s Justice League,” you’d be hard-pressed to find a film that has leaned on the name of its director harder than “The Suicide Squad.” Every piece of marketing material for the film has proudly touted James Gunn’s name and his connection to Marvel as the man behind the “Guardians of the Galaxy” films.

It makes sense. This is the first time Warner Bros. has been able to pull a Marvel director over to work on a DC Films project, a move made possible by Disney’s decision to remove Gunn from “Guardians of the Galaxy Vol. 3” over sordid tweets posted years before his launch into mainstream moviemaking (he later got the job back). Emphasizing the connection to a beloved superhero series is a good way to distance this “Suicide Squad” from its 2016 predecessor, which performed well with a $746.8 million global total but was panned by audiences, critics and most recently, its own director, David Ayer.

“The Suicide Squad” is also a chance for Warner Bros. to prove that Margot Robbie’s Harley Quinn is still a draw. Harley’s leading venture in 2020’s “Birds of Prey” became the lowest-grossing DC film, earning $201 million globally on an $84 million budget — though the film opened just before the pandemic shut down theaters worldwide. And both the antihero and Robbie remain popular among hardcore DC fans, raising hopes for “The Suicide Squad” since the cast also includes stars like Idris Elba and John Cena.

But for all of Warner Bros.’ use of Gunn’s name in marketing, it is worth remembering this: “The Suicide Squad” is nothing like “Guardians of the Galaxy.” If anything, it is much closer to the subversive, shock-heavy fare that Gunn was known for before entering the MCU, like 1997’s “Tromeo & Juliet” or 2006’s “Slither.” Characters are killed off left and right in the goriest fashion possible, and puerile jokes are shamelessly laced into nearly every scene.

On the one hand, this might be a benefit for “The Suicide Squad.” Critics have been effusive in their praise, giving the film a 96% score on Rotten Tomatoes, far outshining the 27% earned by the original “Suicide Squad” and even beating out recent DC films like “Birds of Prey” (79%) and “Wonder Woman 1984” (59%). Fox’s “Deadpool” films have also proved that audiences are more than game for R-rated thrill rides like “The Suicide Squad.”

The question, however, is whether word-of-mouth will drive casual audiences into theaters — or to their couches to watch the film on HBO Max. Hardcore DC fans are sure to show up this weekend, but it’s not so certain that a significant number of moviegoers outside of that group will be interested enough to buy a ticket. Movie theater owners and proponents of the theatrical experience have always stressed that the best way to see films is on the big screen, and that is especially pushed for superhero films. But films like “Black Widow” and “Space Jam 2” have seen significant drop-offs in their second weekend, and the option of seeing those films at home is believed to have played a part. 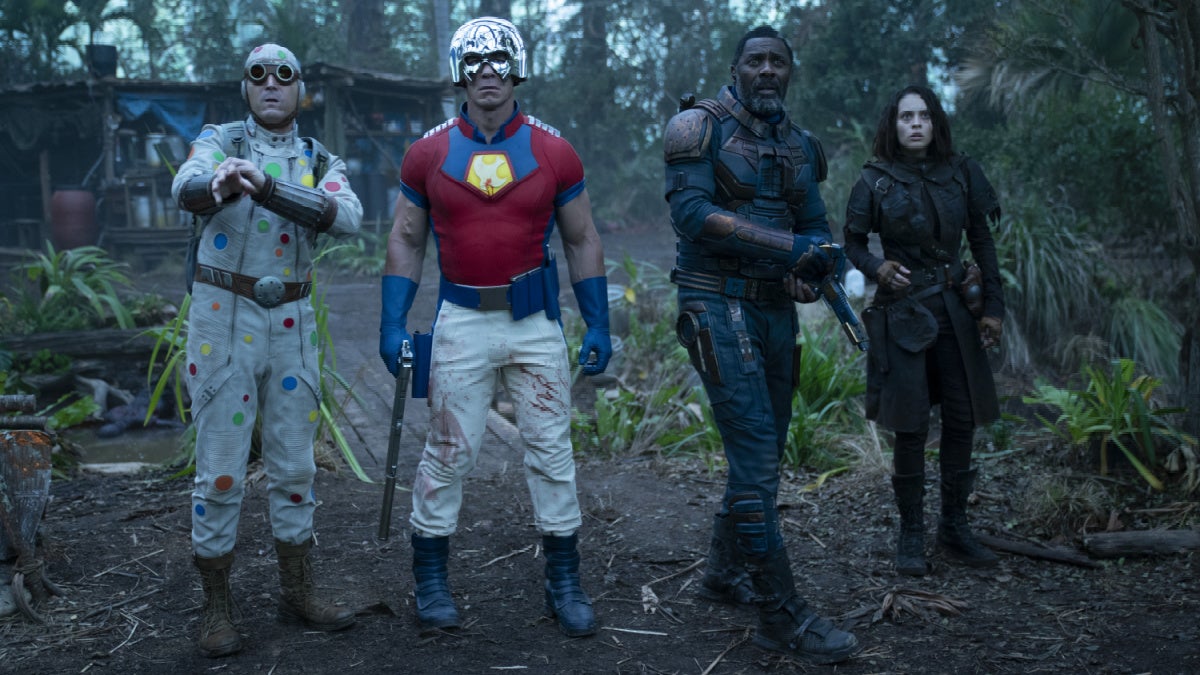 All 12 DC Extended Universe Movies Ranked, Including ‘The Suicide Squad’