The latest press kit for “Suicide Squad” reveals a new character addition to the Warner Bros. film, which opens next Friday.

The Flash, played by Ezra Miller, will be now appear in the star-studded DC comic book movie.

The actor’s name appears about 20 credits down on the updated cast list, which was issued to press members on Thursday. (See it below).

Miller, who had a cameo in “Batman v Superman: Dawn of Justice” and has a part in the forthcoming “Justice League Part One,” is also set to appear in his own standalone Flash film on March 16, 2018.

Famuyiwa gained notoriety for his 2015 indie darling “Dope,” and the big studio tentpole represents the biggest opportunity of his career thus far.

Miller plays the titular speedy superhero, and his own Flash flick comes out after he appears in the studio’s Harry Potter spinoff “Fantastic Beasts and Where To Find Them” as well as the aforementioned “Justice League.” 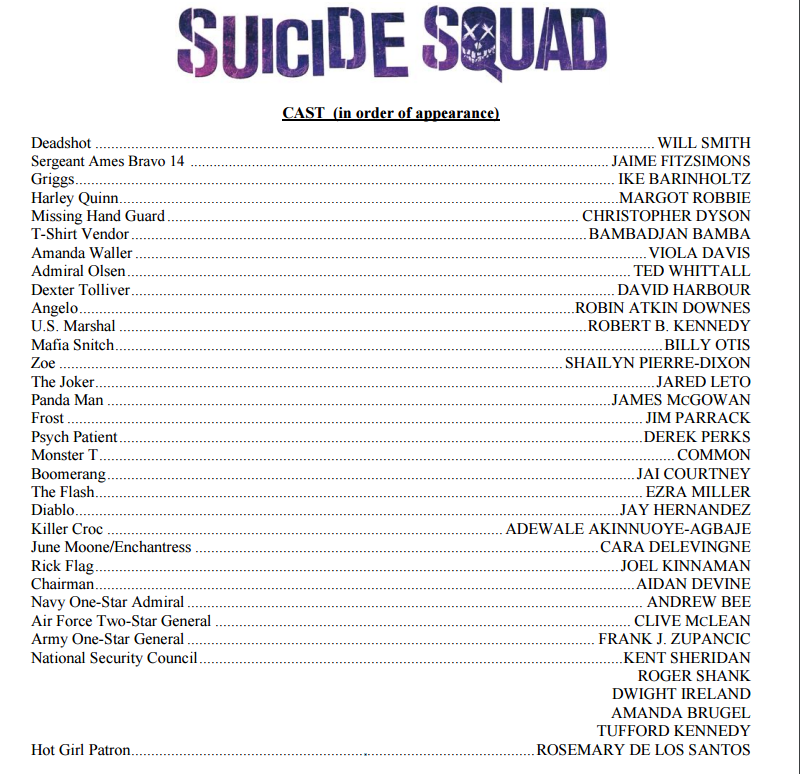 A crop of new "Suicide Squad" character videos dropped one-by-one over the weekend. As a primer for the Warner Bros.-DC Comics movie's Aug. 5 release, watch all 11 videos here, including this one featuring Margot Robbie as the tempestuous Harley Quinn.
View In Gallery
x