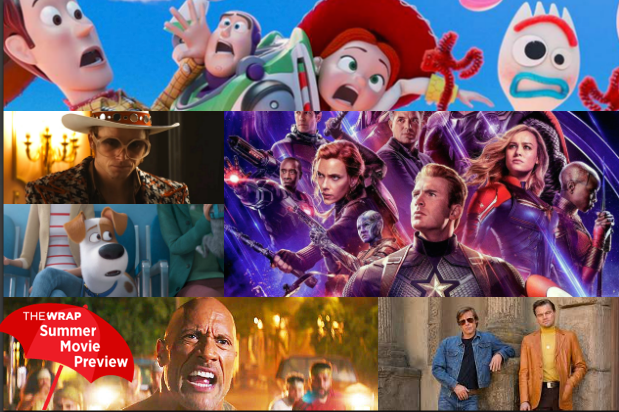 The Avengers are assembling one more time — and not a moment too soon for a domestic box office that is down 16% compared to last year despite a string of winter hits like “Captain Marvel,” “Shazam!” and Jordan Peele’s “Us.”

Disney’s sure-to-be blockbuster “Avengers: Endgame,” out this Friday, will kick off a summer season that could come close to matching or even toppling last year’s near-record $4.8 billion in domestic ticket sales, analysts told TheWrap.

That’s thanks to Disney’s mighty franchise-heavy slate — made mightier still by the acquisition of 20th Century Fox and new franchise plays like the “X-Men” spinoff “Dark Phoenix” — as well as rival studios’ plans to release their own sequels and spinoffs of familiar IP such as “Spider-Man,” “Men in Black” and “Fast & Furious.”

“If the marketing is good enough by all the studios and the movies actually back up the hype with good quality, I think we could have an incredible comeback year despite the terrible start we had to 2019,” comScore analyst Paul Dergarabedian told TheWrap.

Disney is expected to dominate in market share again this summer, with analysts projecting that its market share could grow from 37% in summer 2018 to between 45% and 50% this year — nearly half of all ticket sales in North America.

The conquest begins with “Endgame,” which has already toppled presale ticket records worldwide and will almost certainly top the record $257.6 million opening and $678 million domestic run of its predecessor, “Infinity War.”

The studio boasts two other strong candidates to gross over $500 million in North America: Pixar’s “Toy Story 4” and Jon Favreau’s remake of “The Lion King.” And while the trailers for the studio’s Memorial Day weekend remake of “Aladdin” have faced a lukewarm reception, nostalgia for the original 1992 film may be enough for it to exceed the $213 domestic total of Disney’s 2018 late May release, “Solo.”

Disney’s dominance will also be goosed by its acquisition of 20th Century Fox — and at least two additional summer titles as a result of that deal: the “X-Men” spinoff “Dark Phoenix,” which looks to improve on the $155 million gross for 2016’s “X-Men: Apocalypse,”  and the Kumail Nanjiani-Dave Bautista action comedy “Stuber.”

Fox has two other films, May’s “Ad Astra” and August’s “The New Mutants,” officially slated for release, though the fact that neither has released any promotional materials suggests that they are likely to be pushed back. Disney has yet to officially announce any release changes for these two films.

But what about the rest of Hollywood? In between the Disney releases, rival studios are rolling out their own bankable franchise plays — and for once, scheduling them so they don’t cannibalize each other.

“The biggest four-quadrant blockbusters are coming out at least two weeks apart from each other,” Dergarabedian told TheWrap. “The breathing space we see on the calendar, whether by accident or design, is giving a chance for a lot of films to thrive.”

Sony is banking on Marvel fans with “Spider-Man: Far From Home,” the sequel to the $334 million hit “Spider-Man: Homecoming,” and reviving its dormant “Men in Black” series with “MiB: International,” teaming “Thor: Ragnarok” duo Chris Hemsworth and Tessa Thompson. In terms of original material, the studio also has Quentin Tarantino’s first non-Harvey Weinstein release, the star-driven period movie “Once Upon a Time in Hollywood.”

Universal has two heavy-hitters, starting with Illumination’s “The Secret Life of Pets 2,” the sequel to an animated film that grossed $368 million domestically in 2016. Then, in August, the studio will go for another billion-dollar global hit with the “Fast & Furious” spinoff “Hobbs & Shaw,” which will put box office magnet Dwayne Johnson in the drivers’ seat of Universal’s most lucrative franchise.

Warner Bros. could have a surprise in store with “Detective Pikachu,” which will hit theaters just two weeks after “Avengers” but will do so with strong pre-release buzz driven by the film’s popular trailers and star Ryan Reynolds’ “Deadpool”-style promotion on social media.

Warner also looks to repeat the August success it enjoyed with “Crazy Rich Asians” with two films directed by women: “The Kitchen,” a crime thriller starring Melissa McCarthy and Tiffany Haddish, and “Blinded by the Light,” an inspirational drama by Gurinder Chadha that it acquired in Sundance in January.

And Paramount, which has only has three films coming this summer, is betting big that its Elton John biopic “Rocketman” will offer a refreshing bit of counterprogramming for action-fatigued moviegoers. If Dexter Fletcher’s film connects, it might even rival the $216 million domestic run of last year’s hit musical biopic “Bohemian Rhapsody.”

“When you have films as different as ‘Rocketman,’ ‘Long Shot,’ ‘Annabelle Comes Home’ and ‘Once Upon a Time in Hollywood’ coming out throughout the season, I think we have a very diverse slate beyond the reliable franchise blockbusters that can keep moviegoers of all backgrounds coming in,” Dergarabedian said.