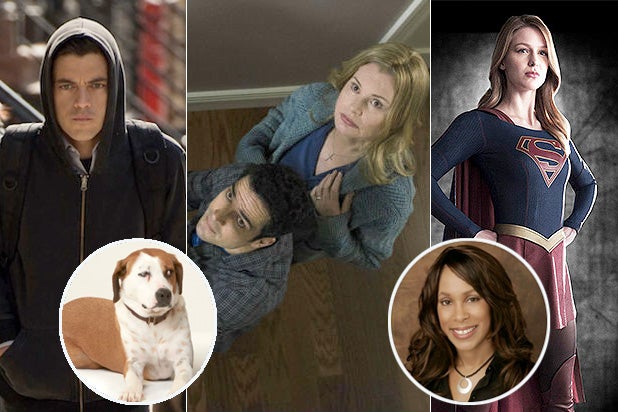 Get ready for plenty of news, panel quotes and anecdotes over the next two and a half weeks, until TV press tour ends on Aug. 11.  But in the meantime, here are 10 questions we’ll try to answer as executives descend on the Beverly Hilton in Beverly Hills.

(By the way, if one of your questions is “What the hell is TCA?” — we already wrote that explainer here.)

How will Channing Dungey handle her first TCA as ABC chief?
The highly likable Channing Dungey got mixed reviews from her May TV upfront debut — though some of that may have had to do with ABC’s content, consisting of pilots ordered by her predecessor, Paul Lee.

The TCA press tour is a different beast, however, as executives must actually field questions from the media after their prepared remarks. The TV critics can be harsh, especially with ABC coming off such a rough season, in which it finished fourth in the advertiser-sought 18-49 demographic.

It’ll be interesting to see if Dungey acts like her predecessor Paul Lee, who famously (among us attendees, at least) dodged and spun with the best of them. Perhaps she’ll consciously go in the exact opposite direction on Aug. 4, which could endear her to the notoriously tough crowd.

Will Lin-Manual Miranda show up for PBS’ “Hamilton” performance?
Nope, the creator of the Broadway smash musical can’t make it, TheWrap has learned. Sorry, giddy critics.

Fox is betting big on old franchises — how will “The Exorcist” and “Lethal Weapon” be received by critics?
Fox’s fall lineup is either tired or exciting for nostalgia addicts, depending on who you ask (and probably when you were born). These things can definitely go either way in the TCA ballroom — just ask ABC’s now-canceled “Rush Hour.” (If you couldn’t guess from the setup, that actual panel went worse than Season 1 did.)

“The Exorcist” has already been banished to Friday nights, so that’s typically not an inspiring vote of confidence. “Lethal Weapon” will serve as the new “Empire” lead-in, which will actually help the Wednesday 8 p.m. freshman show in terms of TV ratings — especially during its final 15 minutes.

Is the Sumner Redstone drama going to make Viacom’s time weird?
The future of Viacom — parent of Comedy Central, BET and numerous other outlets — has been an industry soap opera for months. Of course, most of the issues to be decided won’t come until a pending ruling on media titan Redstone’s mental capacity. Even so,  there’s almost certain to be a question or two asked on Viacom Day that invokes the ongoing corporate drama.

Is CBS’ lineup posed to repeat as TV ratings champ?
CBS topped the 2015-2016 TV season in both the key 18-49 demographic and among total viewers, thanks in large part to Super Bowl 50. It doesn’t have that luxury this year, nor does the so-called Tiffany Network have exclusive broadcast ownership over “Thursday Night Football” this time around. Ruh-roh.

What Les Moonves & Co. does have going for it is “The Big Bang Theory,” “NCIS” and the like. So, it’s got a puncher’s chance against main competitor NBC and Super Bowl 51 on Fox.

Will Netflix reveal more viewership numbers?
Last TCA — the winter one that took place in January 2016 — a measurement company named Symphony Advanced Media gave us some Netflix viewership stats. That was pretty much the first time that ever happened. (Well, technically Symphony AM gave the numbers to NBC, which gave them to us.) And Netflix didn’t like that.

Days later, Ted Sarandos used his own platform to blast the third-party findings as anything but accurate. Since then, the never-before-seen Netflix numbers have been a bit easier to come by — perhaps this summer we’ll get our clearest snapshot yet.

What’s the over/under on “Olympics” mentions during NBC days?
If it’s anything like CBS and Super Bowl 50 talk at the last two TCAs, Las Vegas would have this over/under as somewhere around “500 mentions.” Bet the over.

NBC’s Olympics kick off Aug. 5, which is a slow day at the seemingly never-ending Beverly Hilton event.

HBO leads all other networks with 12 nominations. FX has 11; Netflix has six; PBS has five; USA has four. ABC, AMC, CBS, Lifetime, and The CW each received three; Disney Junior, NBC and TBS each have two; and CNN, E!, Fox, History, Showtime and WGN America finish with one.

In a sweep situation, “Robot” actually has the opportunity for the most awards, as two “O.J.” nominees (Sarah Paulson and Courtney B. Vance) come from the same category, Individual Achievement in Drama.

Which network will play the cute-animal-factor best?
This was always going to come down to Nat Geo Channel and Animal Planet, right? Big problem: TheWrap has learned that NEITHER cable channel will be bringing animals, let alone super-cuddy ones.

Even the pooch from ABC’s “Downward Dog” will have to wait until midseason, and thus, Winter TCA 2017. Discovery’s Animal Planet will have some duck stamp experts on hand for a documentary, however, so there’s that.

There is one other potential solution we’ve come up with. Summer TCA 2016: Bring your own pet!

Will The CW troll CBS during “Supergirl” panel?
Since CW boss Mark Pedowitz has already said his network is “where [‘Supergirl’] should have been in the first place” — will the subtle shade continue during the executive’s TCA panel? (Of course, CBS operates CW in partnership with Warner Bros., so it’s not too bitter a rivalry.) Also in question is how exactly the network plans to pull off its annual DC crossover this year with four shows on the docket. Good luck closing the show on Aug. 11, CW.

Ugh. We just reminded ourselves exactly how long TCA lasts. We need a nap now — and a drink.