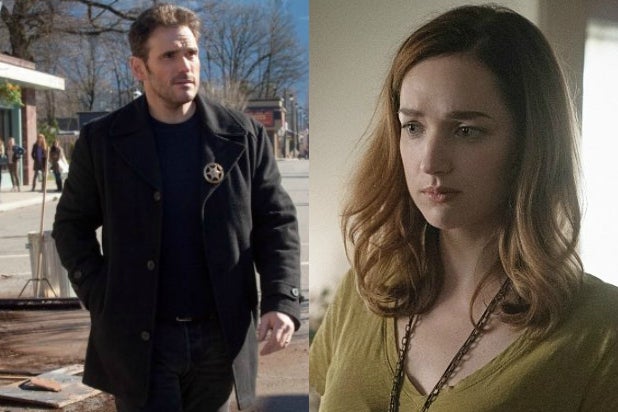 Summer TV used to be nothing but reruns and a dumping ground for series with low expectations. While broadcast networks still don’t slate their best shows for the warmest months, several hits have emerged in recent years.

Fox’s “Wayward Pines” (a 2.2 rating) and CBS’ “Zoo” (8.9 million total viewers) were the top new Summer 2015 series in the key 18-49 demographic and among total viewers, respectively. Those are numbers that everyone will be chasing this June, July and August.

Technically, “Celebrity Family Feud” was the biggest of the bunch, but that show sprang from an existing format — even including the celebrity twist, which “Feud” has previously done in primetime. ABC is going back to a similar well with the “$100,000 Pyramid” and “Match Game” this summer. “Pyramid” probably has the better chance of being a hit, with a fun format and solid time slot.

But what original ideas have the best bet of being this summer’s “Wayward Pines” and “Zoo”? TheWrap has identified two leading options below.

“Spartan: Ultimate Team Challenge,” NBC
This isn’t quite “American Ninja Warrior,” but it’s certainly simpatico with the strong lead-in, and “Spartan” hails from the same producers — a team that has some momentum going.

“Warrior” made a few key changes last summer that ended up working in its favor; perhaps the network can continue that competition momentum with “Spartan: Ultimate Team Challenge.”

Inspired by the demanding Spartan Race, NBC’s new summer series follows groups of friends, families, co-workers and more that must work together across specially designed obstacle courses, engineered to test determination, endurance and will. Teams of five must push through the pain to win $250,000.

With the Summer Olympics, “Ninja Warrior” and “America’s Got Talent,” NBC will easily win the summer in the main demo — we’ll find out soon enough exactly how large a role “Spartan” plays in that victory.

“BrainDead,” CBS
Here’s what “BrainDead’s” got going for it: It’s on America’s most-watched network, the same one that just also won the key 18-49 demographic for the traditional fall TV season — thanks Super Bowl 50. The freshman series also hails from “The Good Wife” creators, and follows in the footsteps of that beloved series.

Here’s what it doesn’t have working in its favor: “BrainDead” will follow reruns. They’re “Scorpion” reruns, but still reruns.

BrainDead” follows a young, fresh-faced Hill staffer (Winstead) getting her first job in Washington, D.C. and discovering two things: The government has stopped working, and something mysterious is happening to a growing number of Congressmen and Hill staffers.

Coincidentally, “BrainDead” also premieres Monday at 10/9c. The shared time slot could split the available broadcast audience, but these two series are so different that it might not matter.