Can a romantic drama from Summit Entertainment about a love triangle involving a young women and two men — but in which neither man is a vampire nor a wolfman — cause youthful female fans to swoon? 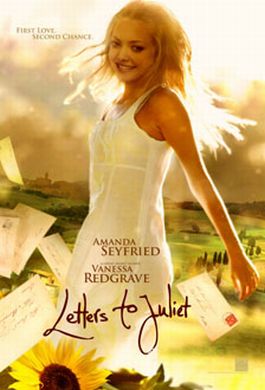 Summit, which has enjoyed blockbuster success with the supernatural "Twilight" series, is hoping those same fans will turn out for the far less bloody "Letters to Juliet," a romantic comedy that had its worldwide premiere Sunday night at a gala screening at the Tribeca Film Festival in New York City.

The movie, which opens nationwide May 14, gave the film festival a shot of youthful star power as rising actress Amanda Seyfried, "Juliet's" leading lady, walked the red carpet at the premiere along with Dominic Cooper, her boyfriend and co-star in "Mamma Mia!"  Also showing up for the event were Seyfried's Australian-born co-star Christopher Egan, director Gary Winick ("Bride Wars") and producers Mark Canton and Ellen Barkin. (Barkin stuck to producing on "Juliet"; the actress doesn't appear in the movie.) Summit top boss Robert Friedman also was present.

The only explanation for "Juliet," a conventional, convivial and commercial rom-com, turning up at Tribeca was that it added star luster and a popular title, as did the festival's opener, "Shrek Forever After."

Sunday night's screening was "Juliet's" only showing at the festival, where smaller indie films predominate.

In "Juliet," an aspiring writer (Seyfried) doing time as a fact-checker at the New Yorker heads to Verona, Italy, with her chef fiancé (Gael Garcia Bernal), but winds up falling in love there with the grandson (Egan) of an Englishwoman (Vanessa Redgrave) whom she is helping to locate a lost love (Franco Nero) from 50 years ago.

Movie fans old enough to have creaky joints will be amused by the on-screen pairing of real-life husband and wife Redgrave and Nero, who first wooed cinematically in the 1967 musical "Camelot" and were notoriously involved off-screen for a period after that (they had a son together). In 2006, they rekindled their romance and wed in real life, so now art imitates life in "Juliet."

Before the film began, Canton, the former head of Columbia Pictures and now an independent producer of such films as "300" and the upcoming "Piranha 3D," said how much he enjoyed making "Juliet" because "I got to see you can make movies today that people really respond to that are not like the movies I mostly make, which are full of blood and guts."

When Canton mentioned hoping to work again with the producing team of Barkin  and Caroline Kaplan, Barkin bellowed from the audience, "There'll be more!"