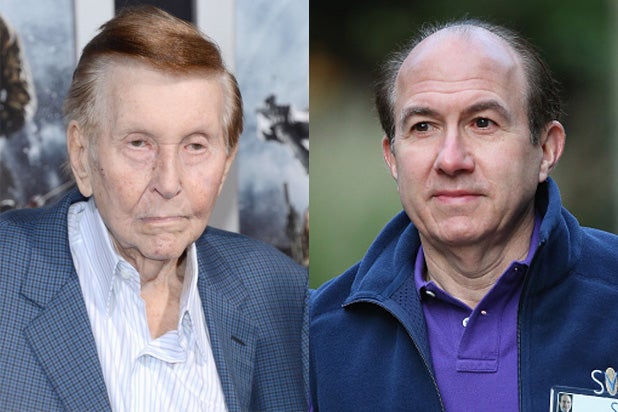 Sumner Redstone has responded to a lengthy open letter written by a member of Viacom’s board of directors, saying clearly what has been implied by legal action and staff changes — he does not trust Viacom CEO Philippe Dauman.

“I reviewed your note. I am being sued by my fellow board members and my wishes are being ignored,” Redstone said in a statement, reacting to the note from board member Fred Salerno.

“I am determined to act in the best interests of the company and all of its shareholders. I do not trust you or the current board to do the same. So there is no doubt, Rob Klieger and Michael Tu are my attorneys and are acting at my direction.”

Salerno’s missive was published on Tuesday, expressing concern over the claims made by “a host of new advisors and spokespeople” who “say they work for” Redstone.

“It is alarming that your representatives refuse us the opportunity to talk with you, express our perspectives, share our friendship,  or understand directly from you what your wishes might be and why,” Salerno’s letter read. “And we are quite alarmed that your voice — and views — are not being heard.”

A defiant Redstone also made a surprise appearance on the Paramount Pictures lot with daughter Shari in tow. In what some speculated was an attempt to sway critics of his mental and physical health, Redstone arrived to the lot last Friday in a chauffeured van, where studio head Brad Grey greeted his corporate parent owner in his vehicle.