To navigate the dizzying number of people, parties, and places, TheWrap’s Party Report has the first look at the choice invites and social tentpoles of the Park City scene. This will be updated continually until the festival begins on January 21. 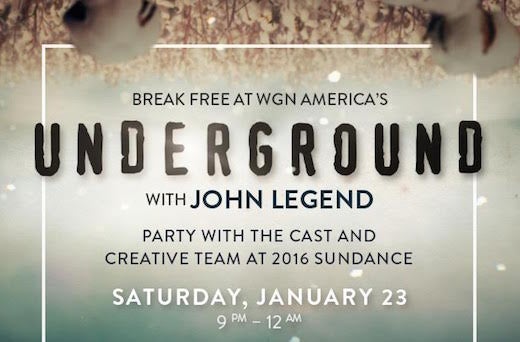 The party may be hot, but the subject matter is serious.  Legend executive produces the series about a group of slaves, the underground railroad, and a 600 mile run to freedom that does not even hit WGN’s air until March. Jurnee Smollett-Bell, Aldis Hodge, Alano Miller and Jessica de Gouw star and will be in attendance.

Snow, rain, and anxious Angelenos who want to get out of both are in the forecast for Sundance’s opening weekend. Here are some of the higher end hospitality lounges welcoming in VIPs: 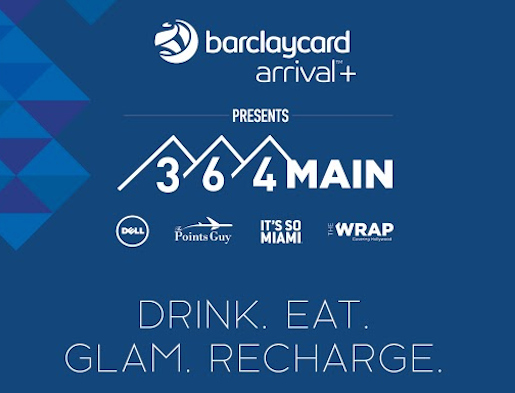 Samsung  (Friday-Tuesday, 638 Park Avenue): The new official festival sponsor is touting free uber rides and reservations at nearby restaurants via their Gear S2 concierge and are on-trend pushing VR entertainment at the festival. They also have a secret show in the works for Friday night.

WME|IMG and the IndieLounge (see below) are also rolling out the hospitality.

Village at the Lift
Opening Weekend
Bottom of Main Street 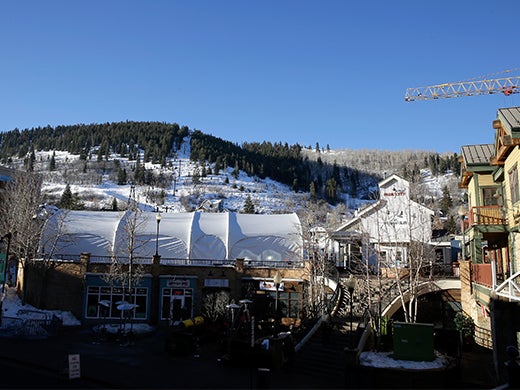 (Isaac Brekken for Village at the Lift)

What had been a gifting bonanza and freebie diner drawing swarms of industry insiders to the base of main street, is converting into more of a media hub. WireImage, the Los Angeles Times, and IMDb will all be there. Eddie Bauer, which has floated around various Main Street locations for a few years, is pitching their tent in the last remaining entertainment marketing hub from the go-go 2000s.

Under the Village at the Lift 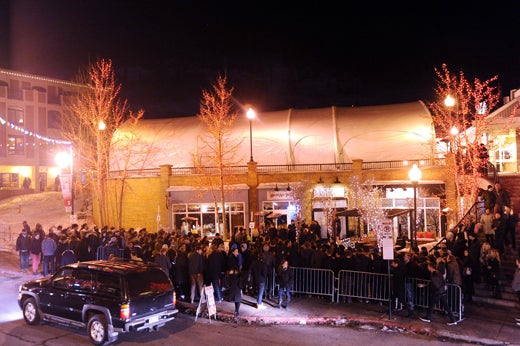 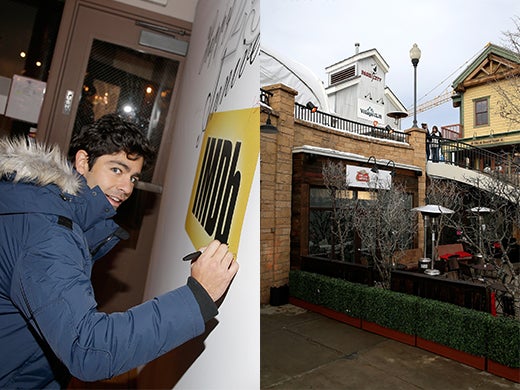 Adrian Grenier signs in during the 2015 edition. (Isaac Brekken for Village at the Lift)

Stella’s been in Park City in one form or another since 2004. This year, their prime position at the base of Main Street will again be convenient for a rotating slew of film parties. They will be pouring daytime and night until 2 a.m.

Over the years, a daily-freebie diner has been produced by Animal restaurant from L.A., Stella, and others, providing a virtual commissary in Park City as Hollywood got a taste of Silicon Valley work style. That is no more. Now, natural food company Applegate is instead hosting limited bites with a walk-through of breakfast tacos and burritos, sandwiches, salads, build your own hot dogs, and lunches to go, but the days of sitting down and ordering “on the house” with your pals has gone the way of the “MySpace.” 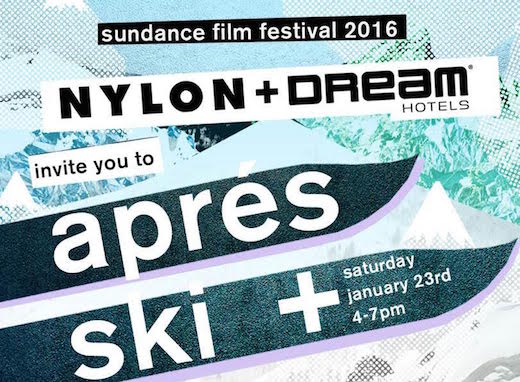 A taste of New York (and soon Hollywood) at this annual afternoon drinks party. Divorced from a film commitment, people actually hit the bar and hangout. Mel Debarge will spin. 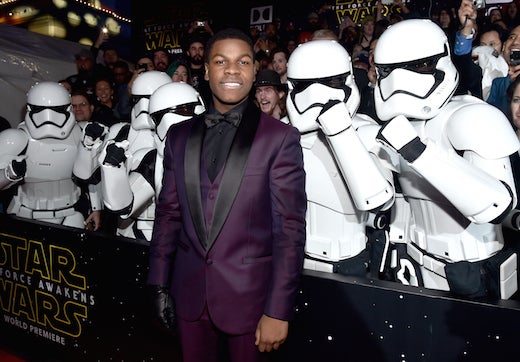 John Boyega at the world premiere of “Star Wars: The Force Awakens” on December 14, 2015. ( Alberto E. Rodriguez/Getty Images for Disney)

Two years before the glory of “Star Wars: The Force Awakens,” you could have found John Boyega in the pages of Jeff Vespa’s “Verge.” The magazine arrives at key film festivals highlighting young actors that are about to break big. His Saturday night gathering of the class of 2016 is quality over quantity and a rich stew of industry notables. The names are forthcoming. 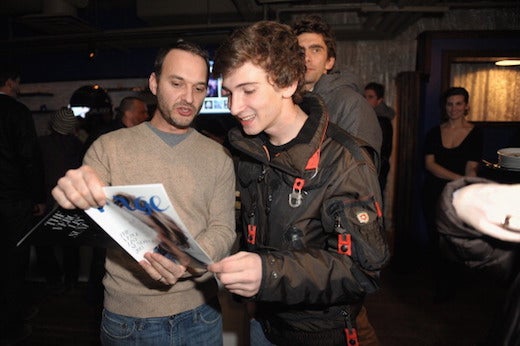 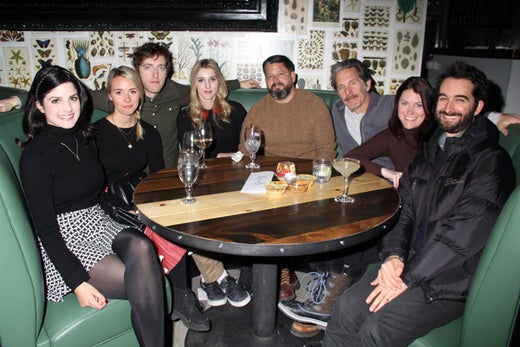 Thomas Middleditch, Gary Cole, and Jay Duplass anchoring a booth at the Kia Supper Suite in 2015.

Update: The Kristen Stewart, Laura Dern, Michelle Williams feature premiere “Certain Women” will celebrate here on Monday, January 25. This follows a weekend where ESPN’s multi-hour “30 for 30” miniseries “OJ: Made in America” and Spike Lee‘s doc on Michael Jackson’s evolution from Motown to “Off the Wall” will also toast their premieres in A-List Communications’ space.

Previously: Kevin Smith, Justin Long, Adam Brody, Natasha Lyonne, Anna Gunn will pass through this foodie destination under the direction of Chef Steven Fretz from The Church Key in L.A. The Creative Coalition will host their “Spotlight” dinner here, which has no relation to the Mark Ruffalo and Michael Keaton Oscar contender of the same name.

Like this first look, these guys started early, delivering the chef’s signature donuts to industry influencers for Thanksgiving and announcing the partnership. They are TheWrap’s Party Partner for Sundance 2016, joining Perry Farrell’s tequila Maestro Dobel and Johndrow Vineyards.

Additional cast dinner parties are in the works.

For several years, Paige Hospitality Group has been serving up a party with the third and second to last games of the year. In 2015, the AFC and NFC Championship games fell a week earlier, lifting the “Sundance Football Party” platform out of the schedule. The on-screen winners, and many in the room, will be in San Francisco two weeks later for another round of parties.

Additionally, the Gersh Agency is also hosting the Patriots vs. Broncos AFC Championship viewing party (the early game only) on Sunday at Wasatch Brew Pub. 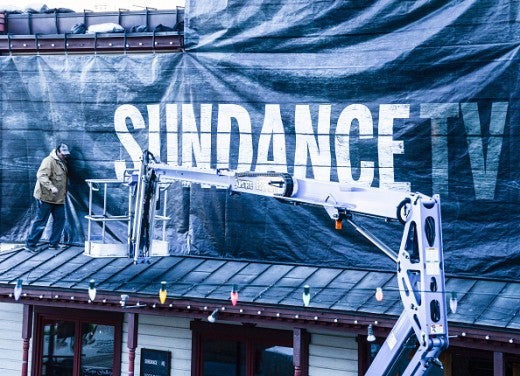 A team-up at the start of the festival. 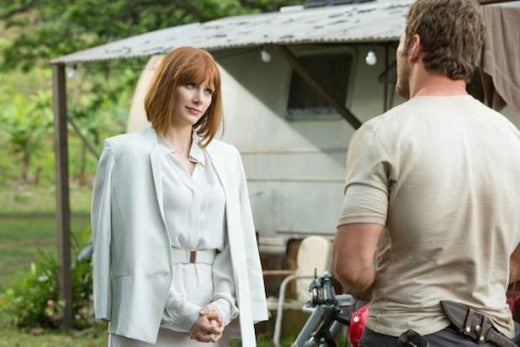 “The Help” and “Twilight” star follows in her father’s footsteps by stepping behind the camera as the writer/director of “Solemates.” It’s a short telling the story of a couple’s life together through their shoes, per IMDb, which outranks all others as the authoritative voice on this seeing as they are the ones awarding her with this honor. The site recently celebrated it’s 25th anniversary and its largest traffic day ever, with the release of “Star Wars: The Force Awakens”. “I’ve never seen anything like it,” founder Col Needham told TheWRAP recently of the Star Wars spike.

In the past, Nicole Kidman, Kevin Bacon, and members of Wu Tang Clan have floated through the space. They are one of the few surviving gifting suites in addition to daily hospitality for those at the heart of the festival — indie filmmakers.

This party preview will be continually updated on a rolling basis, with coverage from the events to follow. 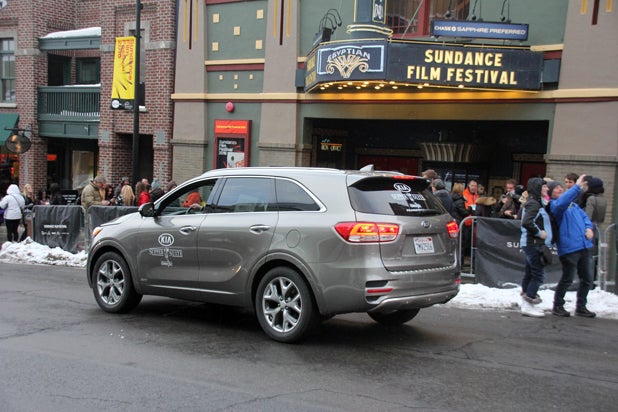 Our ride (and partner) at the festival. See below.

TheWrap Mikey Glazer’s view of the best people, parties and places in Park City, presented by the all-new Kia Sorento

Ryan Reynolds and James Franco do the squat-and-huddle at the Dockers space.