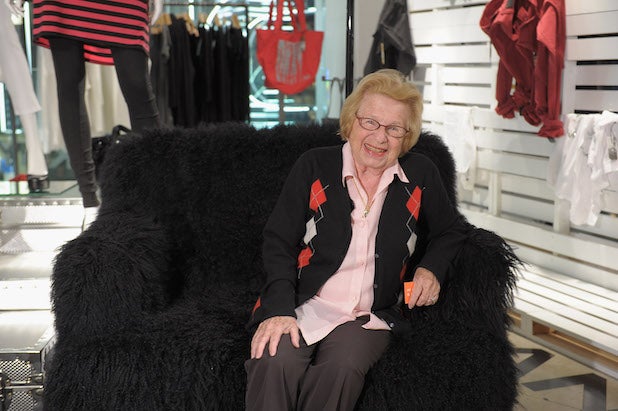 The film will air on Hulu, and Magnolia Pictures will also distribute the film in theaters. “Ask Dr. Ruth” will receive the widest theatrical release for a Hulu documentary to date.

Directed by Ryan White (“The Keepers,” “The Case Against 8”), “Ask Dr. Ruth” chronicles the life of Dr. Ruth Westheimer, a Holocaust survivor who became America’s most famous sex therapist. With her diminutive frame, thick German accent, and uninhibited approach to sex therapy and education, Dr. Ruth transformed the conversation around sexuality. As she approaches her 90th birthday and shows no signs of slowing down, the documentary follows Dr. Ruth as she revisits her painful past and unlikely path to a career at the forefront of the sexual revolution.

“I’ve never really stopped to examine my life, so when I first saw ‘Ask Dr. Ruth’ even I was amazed by what had transpired during my 90 years,” said Dr. Ruth Westheimer in a statement. “I am delighted that audiences will be able to share that experience both on Hulu and in movie theaters around the U.S.”

“The remarkable journey that led Dr. Ruth Westheimer to become the cultural icon she is today is a story that demands to be told,” said Hulu’s SVP of originals, Craig Erwich. “‘Ask Dr. Ruth’ tells the untold story of strength, perseverance and the constant quest for knowledge against all odds, and we can’t wait to share this incredible film with audiences.”

“I’ve been filming Dr. Ruth for the past two years and I can barely keep up with her,” White said in a statement. “At 90, she’s still a force to be reckoned with. It’s an honor to collaborate on her incredible life story.”