The Sundance Film Festival has outlined some of the specific details for how it intends to go hybrid for the 2023 event, announcing Tuesday that the festival will begin exclusively in person in Utah for its first few days before opening up its online component.

Sundance 2023 runs Jan. 19-29, but the online component of the festival will then become available beginning on Jan. 24. Audiences will be able to view select films from the official selection online, though that includes all competition titles playing at the festival — including in the U.S. Dramatic, U.S. Documentary, World Cinema Dramatic, World Cinema Documentary and NEXT sections — as well as others across the film, episodic and shorts programs. Finally, on Jan. 28-29, the award-winning films from the year’s festival will be available both at in-person screenings and online.

In in an additional tweak, Sundance is requiring masks in all Sundance Film Festival spaces, while up-to-date Covid-19 vaccine records and tests are encouraged prior to arriving in Park City. 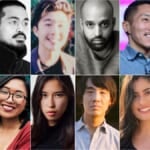 Last year Sundance plotted a similar hybrid festival, in which films would stream online coinciding with their in-person premiere, but the Omicron surge forced the festival to pivot at the last minute and return to a fully virtual festival for the second year in a row.

“We are excited to bring the Sundance community together for the 2023 Sundance Film Festival, a celebration of independent filmmaking. After two years of being apart, our priority is reuniting in person, while still sharing bold new films with audiences across the country through online access,” said Joana Vicente, CEO of the Sundance Institute. “We’ve designed this year’s Festival based on our learnings from previous years — embracing the traditions that have been meaningful in the past, while also looking toward accessibility for audiences and expanding the platform we provide our storytellers.”

“We can’t wait for our 2023 Festival to give a bold start to the year, with the help of our inspiring storytellers, ingenious creators, and engaged audiences,” said Kim Yutani, Sundance Film Festival director of programming. “For 39 years, the Sundance Film Festival has been a stalwart in the independent film community, and we’re thrilled to continue to be such an exciting annual gathering for artists and audiences.” 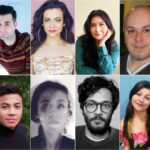