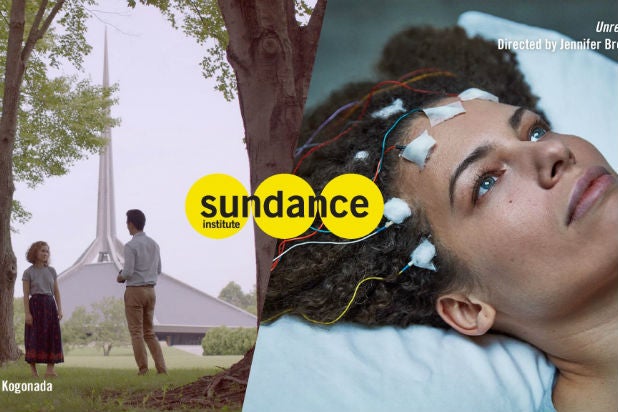 The Sundance Institute launched a new program to help its festival films score theatrical and platform releases — and allow filmmakers to remain fully in control of their rights.

The Creative Distribution Fellowship was announced Tuesday, with two inaugural winners in “Columbus,” from director and screenwriter Kogonada, and Jennifer Brea’s “Unrest.”

“Many films that premiere at the Festival are never seen again,” a statement from Sundance reads on a Kickstarter page, which will supplement resources and mentorship form the institute in helping the films get to viewers.

While many deals are made at the annual Park City, Utah festival, the priciest acquisitions grab the most press attention and momentum as those movies barrel toward release.

Many that play in competition, or fledgling sections like the Next category, get seen once then tread water awaiting domestic and global deals that are increasingly packaged with ancillary cash from streaming and broadcast rights (“Unrest” sold its U.S. broadcast rights to PBS). But many titles, as the Kickstarter page said, are never heard from again.

“This entrepreneurial approach to marketing, distribution and audience building empowers independent filmmakers to release their own films, on their own terms, while retaining their rights,” Sundance Institute Executive Director Keri Putnam said in a statement.

Danielle Renfrew Behrens, a producer on Columbus, said her team “turned down more traditional distribution offers in the hopes of determining if this is a viable way forward for indie films with identifiable niche audiences. We’re thrilled to have Sundance Institute’s aid and guidance in navigating this new terrain, and hopefully creating a guide that other independent films can follow.”

It’s presently unclear if the resources the institute is providing includes a financial package.

The Initiative is supported by Cinereach, Kickstarter, National Endowment for the Arts, the John S. and James L. Knight Foundation, and Arcus Foundation. Latham and Watkins generously provided pro bono legal services for the program.