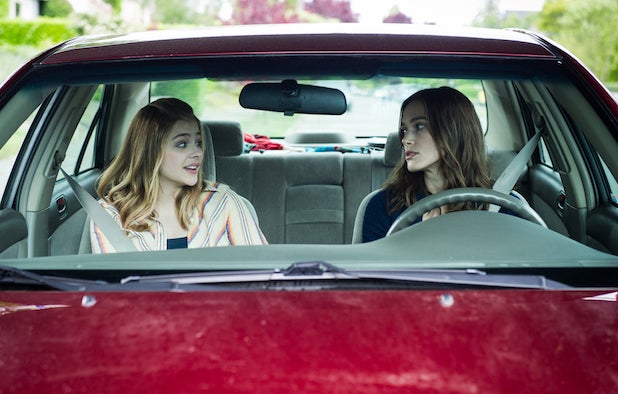 Just two hours after its world premiere at the Eccles, Lynn Shelton‘s comedy “Laggies” is already drawing interest from top-tier distributors, with Fox Searchlight and Lionsgate among the buyers showing interest in the film.

While neither has made an actual offer yet, acquisitions execs from both companies were seen huddling up in opposite corners of the Eccles lobby and overheard discussing the film’s commercial potential, which appears to be strong judging by immediate reaction on social media.

The impact of social media seems to be growing at festivals, where distributors are eager to learn what audiences think of a film in real-time. It’s worth noting that mere minutes after the credits started rolling, Fox Searchlight began following this reporter, as well as SlashFilm’s Germain Lussier, on Twitter.

While a distributor’s interest in critical reaction doesn’t always indicate interest in the film, one sales agent representing “Laggies” told TheWrap they’d love to see it wind up at Searchlight, which has bought the cream of the festival’s crop the past few years, leaving Park City with such films as “Beasts of the Southern Wild,” “Martha Marcy May Marlene” and last year’s crowd pleaser “The Way Way Back.”

For it’s part, Lionsgate has been moving away from the genre films that helped define the studio’s recent success and has been more open to acquiring upscale indie comedy such as “Friends With Kids” and “Imogene.”

“Laggies” boasts a name-brand cast that should lead to a healthy sale, regardless of which distributor buys the film. Keira Knightley stars as a woman so resistant to growing up that she befriends a high school student, played by rising star Chloe Moretz. Sam Rockwell co-stars as Moretz’s single father who catches Knightley’s eye despite the fact that she’s engaged to her own high school sweetheart (Mark Webber).

“Laggies” screens again Saturday morning at 8:30 a.m. at the MARC, and a sale could be announced shortly after that. Stay tuned.