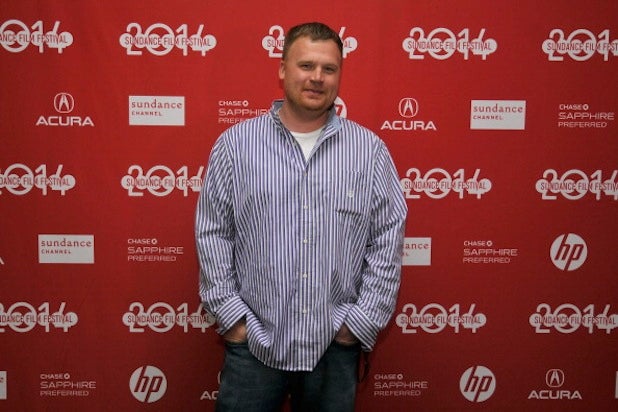 Matt Sandusky, adopted son of convicted sex offender Jerry Sandusky, made a surprise appearance at the Sundance premiere of “Happy Valley,” a documentary about the abuse scandal and its impact on the Penn State community.

It was Sandusky’s first public appearance since he told police his father, a longtime coach at the school, abused him. Sandusky and his family have since tried to change their names.

“I’m happy with my involvement in the film and how it was told,” Sandusky told the crowd, many of whom went to Penn State. “The ending is what I want to be seen — what we’ve endured and been through. You feel the world is against you but we have each other.”

Sandusky declined to answer a question about whether his father abused his other children, apologizing because he did not feel comfortable.

The audience applauded his appearance, but pressed director Amir Bar-Lev about his approach to the story. Bar-Lev examined whether the blame heaped on legendary coach Joe Paterno was fair, and whether NCAA sanctions helped the town, fiercely loyal to Paterno, come to terms with what happened — and their own responsibility for it.

Paterno was fired, and the NCAA banned Penn state from the postseason for four years, stripping it of many wins.

“The sanctions were unfortunate,” Bar-Lev said. “It changed the conversation. Many in the town saw themselves as victims. It ended the possibility for the town to look at itself in the mirror the way Matt did.”