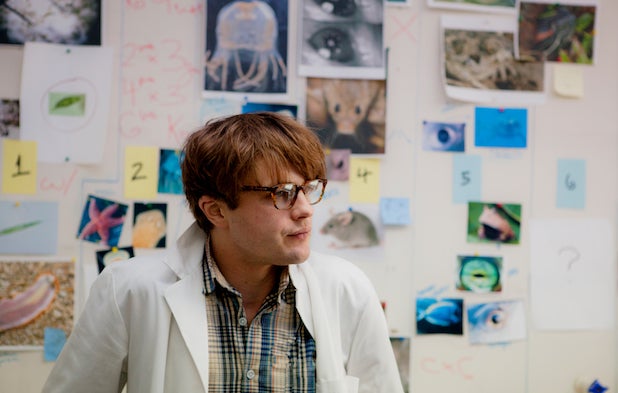 Mike Cahill’s “I Origins” has won the Alfred P. Sloan Feature Film Prize at the 2014 Sundance Film Festival, the Sundance Institute announced Tuesday. Additionally, Joan Stein Schimke and Averie Storck’s “The Buried Life” has been named the recipient of the Alfred P. Sloan Lab Fellowship, which is presented through the Institute’s Feature Film Program.

Both recognitions are part of the Sundance Institute Science-in-Film Initiative, which is made possible by a grant from the Alfred P. Sloan Foundation. The initiative supports the development and exhibition of new independent film projects that explore science and technology themes or that depict scientists, engineers and mathematicians in engaging and innovative ways.
“We are delighted to collaborate with Sundance Institute for the 11th year in a row and to recognize Mike Cahill’s original and compelling “I Origins” as the winner of this year’s Alfred P. Sloan Feature Film Prize,” said Doron Weber,VP of programs at the Alfred P. Sloan Foundation. “With Academy Award-nominated films like this year’s ‘Gravity’ and ‘Her,’ ‘I Origins’ — as well as new scripts we are developing with Sundance Institute Labs such as ‘The Buried Life’ and ‘Prodigal Summer’ — demonstrates that not only are science and technology central to understanding, engaging with and dramatizing modern life, but they also make for cracking good films that draw large audiences.”

“Independent filmmakers offer unique perspectives on the role math, science and technology play in our world and culture. The Sundance Institute Science-in-Film Initiative, with critical support from the Alfred P. Sloan Foundation, recognizes and encourages these projects as they make their way to audiences,” added Keri Putnam, executive director of Sundance Institute.

“I Origins” writer-director Mike Cahill will receive a $20,000 cash award by the Alfred P. Sloan Foundation at Sundance. The Prize is selected by a jury of film and science professionals and presented to outstanding feature films focusing on science or technology as a theme, or depicting a scientist, engineer or mathematician as a major character.

In “I Origins,” a molecular biologist (Michael Pitt) and his lab partner (Brit Marling) uncover startling evidence that could fundamentally change society as we know it and cause them to question their once-certain beliefs in science and spirituality. The jury presented the award to the film for its “intelligent and nuanced portrayal of molecular biologists as central characters, and for dramatizing the power of the scientific process to explore fundamental questions about the human condition.”

Joan Stein Schimke and Averie Storck’s “The Buried Life” follows an archaeologist who risks her reputation for the dig of her career, but when her rock ‘n’ roll sister and overbearing father follow her to the excavation, she discovers her biggest challenge is facing what’s above ground.

The filmmakers just attended the Institute’s Screenwriters Lab with “The Buried Life.”