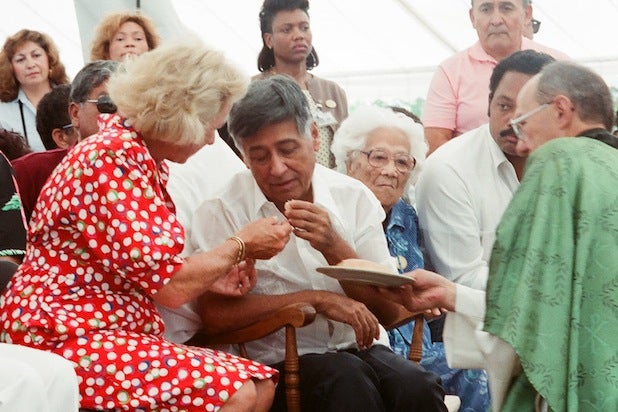 “Cesar’s Last Fast” follows the late labor leader’s quest to bring attention to pesticide use in the 1980s and its dangerous impact on farm workers. Chavez went on many fasts to highlight farm workers’ rights; his last action, during which he subsisted on only water for more than a month, advocated for grape farmers and was captured on film.

Pivot and Univision plan to premiere the film simultaneously in English and Spanish.

Here’s a description of the film from the Sundance website:

In 1988, Cesar Chavez embarked on what would be his last act of protest in his remarkable life. Driven in part to pay penance for feeling he had not done enough, Chavez began his “Fast for Life,” a 36-day water-only hunger strike, to draw attention to the horrific effects of unfettered pesticide use on farm workers, their families, and their communities.

Using never-before-seen footage of Chavez during his fast and testimony from those closest to him, directors Richard Ray Perez and Lorena Parlee weave together the larger story of Chavez’s life, vision, and legacy. A deeply religious man, Chavez’s moral clarity in organizing and standing with farmworkers at risk of his own life humbled his family, friends, and the world. Cesar’s Last Fast is a moving and definitive portrait of the leader of a people who became an American icon of struggle and freedom.