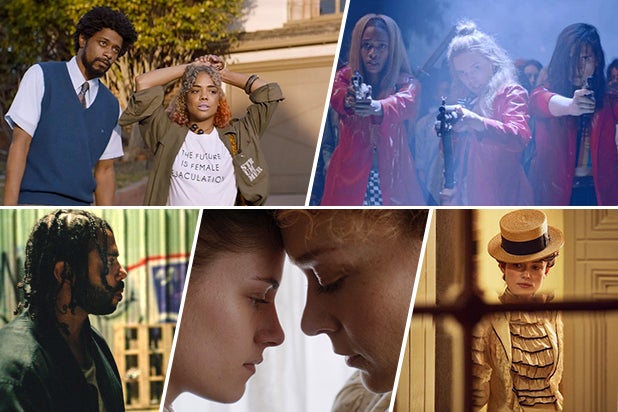 Amazon Studios and Netflix pretty much ghosted this year’s Sundance Film Festival — acquiring no films just one year after dominating the indie marketplace with big-dollar acquisitions films like “Mudbound” and “The Big Sick.”

Insiders say Amazon at least bid on multiple films but came up short to more traditional theatrically focused indie distributors — sometimes working in tandem with upstarts like 30West and MoviePass.

One factor was this year’s slate of films — which didn’t inspire the kind of bidding wars that prompted some to question whether the streaming giants had overspent last year. “The commercial viability of the lineup was as low as any in recent memory,” one festival veteran told TheWrap. “There were not many titles for anything beyond a festival audience.”

In addition, both companies have hinted at a new focus on pricier, more commercial projects going forward. Netflix just greenlit the sequel to its Will Smith sci-fi movie “Bright,” while Amazon recently acquired TV rights for “The Lord of the Rings” books with a multi-season commitment.

“No one showed up,” one top dealmaker told TheWrap about other nontraditional content companies like Hulu, Facebook and YouTube failing to emerge as big players in this year’s marketplace. (Also MIA: go-to Sundance buyers like Fox Searchlight and The Weinstein Company, both awaiting the completion of deals by new owners).

Amazon Studios Worldwide Film Head Jason Ropell tried to debunk a Reuters report about its Sundance plans, insisting the company was not “abandoning the indie space” but rather “increasing the potential size of the audience for our films.”

Still, one sales agent told TheWrap that Amazon’s main focus seems to be finding the next big “Game of Thrones,” not another art-house hit. The studio has also been weathering the fallout from film chief Roy Price’s ouster after sexual misconduct accusations — as well as clouds surrounding “Transparent” star Jeffrey Tambor and Woody Allen, director of the upcoming “A Rainy Day in New York.”

And it went home empty-handed this year after purchasing a whopping five titles at the 2017 Sundance, including Kumail Nanjiani’s “The Big Sick” for $12 million and Jenny Slate’s comedy “Landline”spent for mid-seven figures.

Netflix also kept its wallet hidden this year after spending $12.5 million on Dee Rees’ “Mudbound,” now nominated for four Oscars, as well as $8 million for Lily Collins’ “To the Bone” and $5 million for the Russian sports-doping doc “Icarus,” another Oscar nominee.

One individual with knowledge told TheWrap that Netflix and Amazon had more competitors to face at Sundance this year, some of whom moved faster and more aggressively with their bids. Netflix and Amazon certainly seemed to be there to buy, but were late into negotiations — something the streaming giants may not have expected given their prominence in previous years.

Last year, the streaming platforms were seen as the “sexy, cool new buyers” for films, which probably played a role in why so many projects sold quickly to them. But this year, people weren’t as enamored with the companies, in part due to their growing reputations as digital clearinghouses of content. Theatrical distributors like Bleecker Street and NEON felt more enticing, particularly to directors.

Of course, both Amazon and Netflix came to the festival with titles to screen — Netflix debuted the Gloria Allred documentary “Seeing Allred” and the comedy “A Futile and Stupid Gesture,” while Amazon arrived with Spike Lee’s “Pass Over,” Gus Van Sant’s “Don’t Worry, He Won’t Get Far on Foot,” “Generation Wealth” and “You Were Never Really Here.”

And YouTube, which sponsored a portrait studio on Main Street, went home only with Eminem and Joseph Kahn’s battle-rap parody film “Bodied” — which it had acquired before the festival even began.

Reps for Netflix have not yet responded to TheWrap’s request for comment.

Also Read: Sundance: Will Fox Searchlight Still Be a Player in Shadow of Disney Acquisition?

With the streaming and tech behemoths on the sidelines, Neon and Bleecker Street emerged as the biggest players at this year’s festival — which had a dramatically lower profile as well as sales prices.

An insider told TheWrap that Neon’s game plan ahead of the festival was to build a slate from scratch with as many purchases as possible, chasing a similar business model as Oscar-winning indie darling A24.

HBO Films surprised many when it bought the buzzy Laura Dern film “The Tale” for a deal in the high-seven figures. HBO has decided to skip a theatrical release, going for Emmy instead of Oscar glory. This also marked the first time in a while that HBO bought anything other than a documentary out of Sundance. An individual with knowledge of the deal said that HBO has a fully realized plan to support this film on a global basis and plan to continue the conversation about abuse. HBO also acquired the U.S. rights to “The Sentence” and “The Oslo Diaries.”

“The current marketplace demands distributors who have refined plans for these films – in positioning, in marketing, and in spreading these very important messages tantamount to the conversations of today,” Jessica Lacy, Partner and Head of International and Independent Film Finance at ICM Partners, told TheWrap. ICM handled the deal for “The Tale.” “In HBO, we have a distributor that looks at the wide gamut of options available today – community outreach, Q and A’s, panel discussions, a civic engagement campaign tethered to the film. That’s the difference in this business today – ensuring that the tenets of marketing and distribution strategies of whomever the respective distributor is mesh perfectly with the film being sold – a one-size-fits-all approach just won’t cut it.”

And Lionsgate beat out Neon, The Orchard and CBS Films for the buzzy “Blindspotting.”

Many distributors teamed up for acquisitions this year, perhaps to mitigate their risk at a time when the indie theatrical marketplace is in such a state of transition.

Magnolia purchased “The Guilty” and the Ruth Bader Ginsburg doc “RBG” with Participant Media, while The Orchard bought the rights to “American Animals” with MoviePass, which announced it would begin acquiring films with established distributors and promote them via its movie ticket subscription program. The film was purchased for $3 million plus P&A.

And some titles, like “A Kid Like Jake” and “The Miseducation of Cameron Post,” were still up for grabs as industry figures packed up and left Utah.