This preview focuses on private, invite-only events aimed at an industry audience.

From CAA’s concierge service to a party on a “Treasure Island,” and one ticketed event hosted by Jeremy Piven that costs 109 times more than a movie ticket to “Entourage,” here are TheWrap’s picks for where and how Hollywood will invade Northern California.

While the big game between the Denver Broncos and the Carolina Panthers will played at Levi’s Stadium in Santa Clara, the heart of the Super Bowl party scene will be over an hour’s drive north in San Francisco. 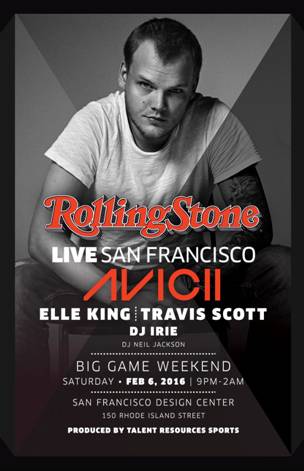 Known For: As the Washington Post put it, this one is not about being rich. It’s about being famous. Rolling Stone has traditionally thrown solid, tune-packed parties.

Industry Hook: TAO is handling and hosting a VIP area which will stratify the room. For Rolling Stone’s producing partners Talent Resources Sports, it’s a statement event after dropping off the Sundance scene this year in a break from their well-attended gifting suite that ran for almost 10 years.

Insider Tip:  DJ Irie democratically elevates every room he touches, he has a midas hand on the tables. 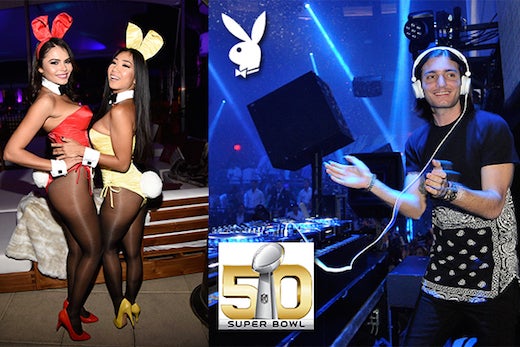 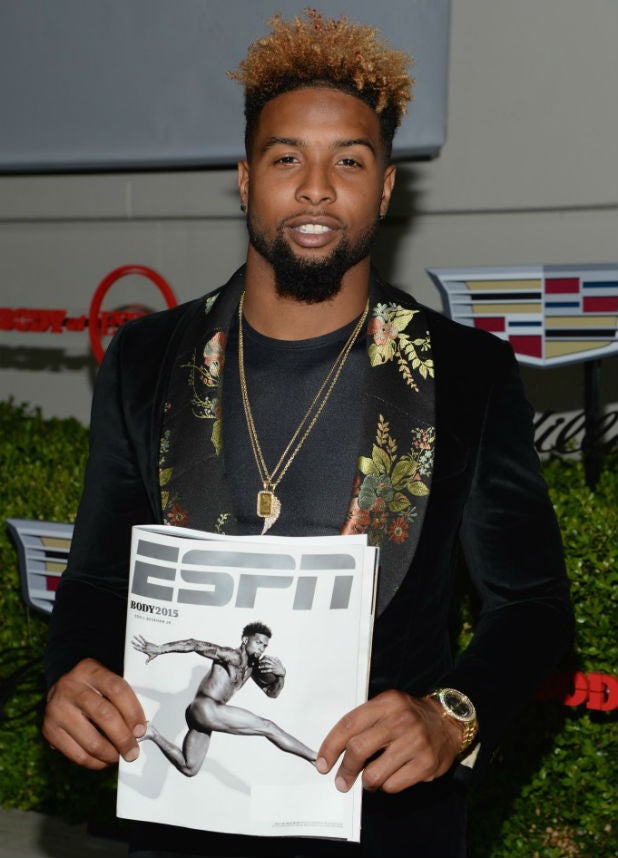 Known For: Large-scale physical production, an endless parade of ESPN sponsors — and lots of male athletes.

Industry Hook: Jonas appears on the DirecTV show “Kingdom,” so we suspect he’ll turn up to see the Red Hot Chili Peppers on Saturday night too, plus his Sundance film “Goat” just sold this week. 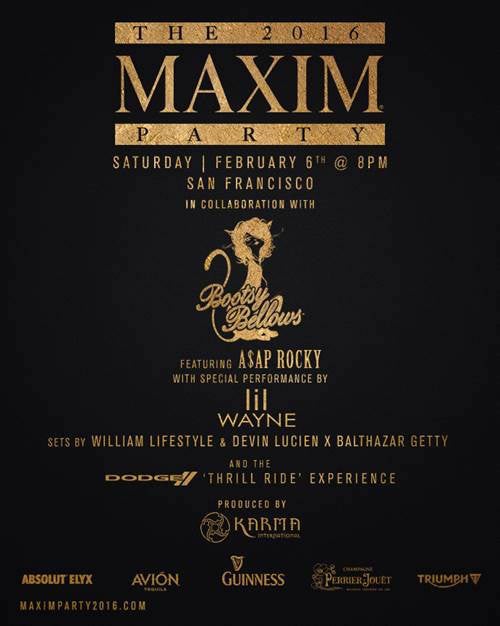 Known For: A gold-plated legacy in 21st century Super Bowl weekend celebrations for centralizing the worlds of celebrity, pop culture and media movers — from DJ AM to Les Moonves. Traditionally, they have also had a separate check-in line for hundreds of locally-recruited young women to attend, though with the magazine’s recent make-under (like Playboy), it’s unclear if this will continue. For 2016, professional drivers will whip guests along a waterfront driving course in Dodge cars. 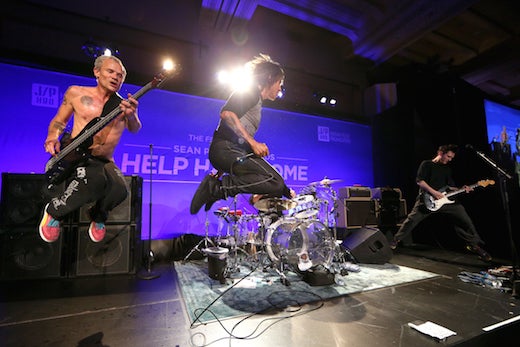 Insider Tip: Unlike the Thursday and Friday night concerts with Dave Matthews and Pharrell that are ticketed, this multi-thousand person event is strictly invite-only.

Industry Hook: This is a smart play for Cuban’s AXS, an underwatched music-focused network that in addition to airing Coachella and travel documentaries with DJs, has had high ratings importing the still-highly successful U.K. edition of “The X Factor” day-and-date to the U.S., which has been the only place for audiences to see Simon Cowell scorn hopefuls for the past few TV seasons.

Bottom Line: Although Pharrell would have been a better choice to headline both Friday and Saturday night (and the Super Bowl halftime show itself), this is still a top-tier crowd of media execs and stars in a very big tent. 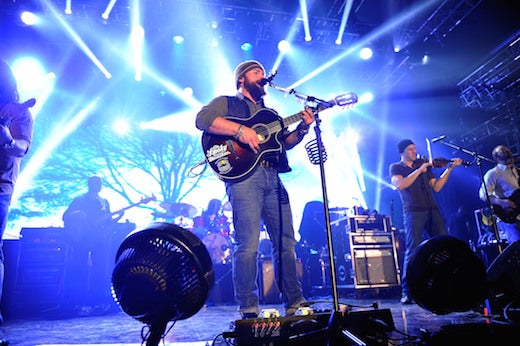 Known For: An emphasis on veterans. Local Bay Area vets will walk celebs down the carpet.

Known For: The business behind the big game weekend. Steinberg has negotiated $3 billion in player contracts.

Insider Tip: Keep your eyes open at this daytime party, as in addition to having repped names like Troy Aikman and Ben Roethlisberger, then-U.S. Senator Barack Obama once attended.

Industry Hook: Steinberg is alleged to be the inspiration behind “Jerry Maguire” and thus, will be hoping to show top college prospect Paxton Lynch the you-know-what in the upcoming NFL draft. The legend continues …

Future, Mia Moretti and Diplo
New Era Party and Style Lounge; Saturday Feb. 6
The Battery Hotel, Battery Street, San Francisco
Hip-hop star Future will be the star of the show — and no doubt wearing New Era threads — at New Era’s party Saturday night at the Battery Hotel. Mia Moretti will be the opening DJ and Diplo will close out the celebrity-filled bash. For those on the VIP invite list, the clothing company will also be hosting a Style Lounge with brand announcements throughout the week, Feb. 3-6 at the Parlor Room inside the Battery from 10 a.m.-6 p.m each day Expect to see lots of their products on Super Bowl Sunday too, as New Era is the official cap of the NFL sidelines. 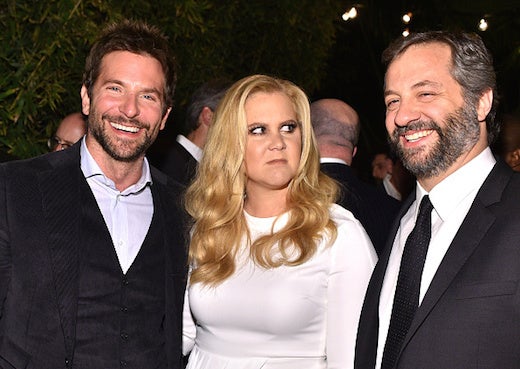 Bradley Cooper, Amy Schumer and Judd Apatow at GQ’s Men of the Year Party at the Chateau Marmont in December. (Stefanie Keenan/Getty Images for GQ)

This Seth & Amy “Weekend Update” is not courtesy of Meyers and Poehler.

Seth Rogen and Amy Schumer are the faces of Bud Light’s new election-year themed campaign that unites them in politics as the “Bud Light Party.” The beer company’s era of multi-night concert bashes is over for now in favor of a large consumer activation in Union Square, plus one private/celebrity night concert on Saturday with a performer to be announced.

Before it opens in the Meatpacking in Manhattan this spring (under the operations of The Metric – guys behind Wayfarer and Gilded Lily), Pepsi is giving a sneak peek of its  “Kola House” hospitality and event space at the Super Bowl. Swizz Beatz will soundtrack the private huddle before Pepsi’s big Friday night with DirecTV for the Pharrell concert mentioned above.

*After the Game* Snoop Dogg

After the confetti falls down in Santa Clara, and after Bud Light’s event the night before, Snoop brings his DJ cabaret show to the invite-only event that has had a heavy hitting hip-hop guest list in years past.

Known For: Justin Bieber riding a skateboard through the NYC edition a few years ago.

Insider Tip: The all access tickets run at $495 for a limited access “lounge” ticket or a $950 ticket that includes upgrades to “ALL ACCESS” (in bold capitals on the website) and nudge from regular sushi to “speciality” sushi. Ari Gold would approve of this hard bargain, and he should, as this appears to be a paid hosting gig. MGM Grand appropriately sponsors, for an event that drips with “Vegas.”

Industry Hook: In addition to his Fox commentating and chirping an endless stream of NFL newsbreaks, Glazer runs a hardcore gym tucked in behindaco on Sunset Blvd in West Hollywood. You can find actors from record-setting movies in there training for upcoming roles. Or Terry Crews (see above.)

This is ticketed, but by invitation to purchase a ticket only.

All You Can Ride/Eat Amusement Park Next to the Super Bowl
Stubhub’s Fan Fair; Saturday Feb 6-Sunday Feb. 7
Great America Amusement Park, next to Levi’s Stadium

Historically, up to 6,000 of actual Super Bowl attendees get their tickets via Stubhub each year. This year, when that crew goes to pick up those tickets the drive down to Santa Clara will be rewarded with an open amusement park. The top of the coaster should provide views of the stadium, amidst former NFL players and a carnival atmosphere next to the NFL’s basecamp and

Please send invites, updates, and bookings to the mikey@thechimp.net.