Our first look at Chris Pratt’s Super Mario has arrived. Kind of.

Illumination Entertainment and Universal Pictures on Tuesday released the first poster for “Super Mario Bros.,” the highly anticipated (and secretive) new animated adaptation of the beloved video game characters. And the first teaser trailer for the film will arrive on Wednesday, giving us a first look at this thing in action.

The colors are vibrant and we do see some of Pratt’s Mario – or, at least, his backside. Illumination is, of course, the studio behind the “Despicable Me,” “Minions” and “Secret Life of Pets” franchises so many have been curious to see what “Super Mario Bros.” looks like, but the film was made with the explicit involvement of Nintendo, which co-financed the movie alongside Universal Pictures, and the Mario world does not appear to be Minion-ized here.

Pratt voices Mario in something of a controversial choice, although the “Guardians of the Galaxy” actor is no stranger to voice work having led the “LEGO Movie” franchise. 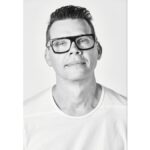 Aaron Horvath and Michael Jelenic (collaborators on “Teen Titans Go!” and “Teen Titans Go! To the Movies”), the film has a screenplay from Matthew Fogel (“The LEGO Movie 2: The Second Part,” “Minions: The Rise of Gru.”)

The film is produced by Illumination founder and CEO Chris Meledandri and by Shigeru Miyamoto for Nintendo.

Check back tomorrow for the trailer, but for now take a close look at the poster below.