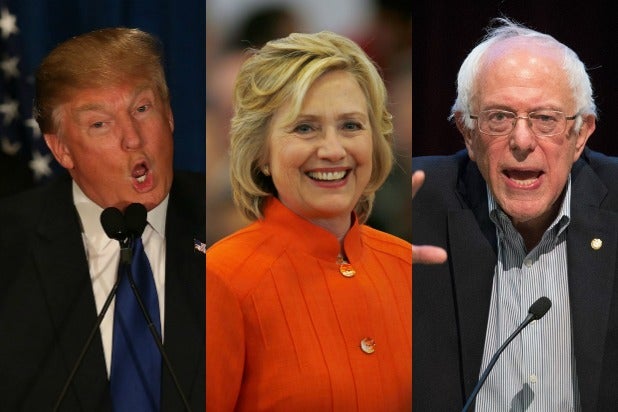 Today is Super Tuesday, when the greatest number of states in a single day hold their nominating contests to pick the official party candidates for president.

It gives the campaigners their best single shot to declare their standing in the races, but what if YouTube — and not a dozen states (and one territory) — picked the candidates?

In the last two months, the top five most-watched candidate videos have made some swaps among the Democrats — and kept a dead lock on No. 1 with Donald Trump.

Since the beginning of the year, here are the top YouTube candidate videos by views and total time spent watching:

Compare that to the top five most-watched candidates since announcements started last year, and you see Democrat Bernie Sanders has jockeyed out of his second-place standing to Hillary Clinton in recent weeks.

But don’t confuse viewing with approval. Trump has the heaviest watching in a country he’s lashed repeatedly: Mexico. English-speaking Canada and Great Britain are two top nations watching U.S. presidential candidate clips for nearly all the other top candidates.