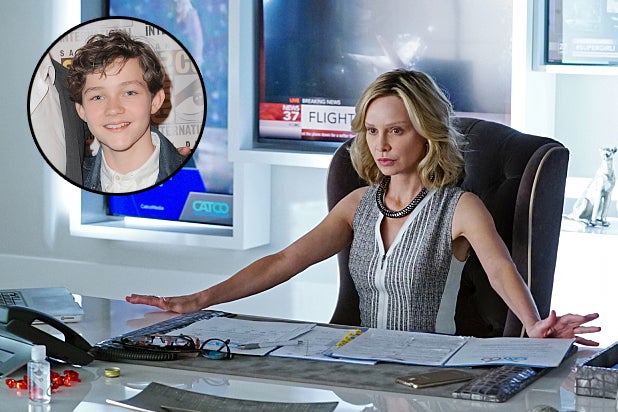 The young actor will play Carter Grant, the son of Calista Flockhart’s character Cat Grant. Grant is the boss of Melissa Benoist’s Kara Zor-el, Superman’s cousin who becomes the superhero known as Supergirl.

Twelve-year-old Carter is described as sensitive and shy, and harboring a crush on Supergirl, which he confesses to his babysitter Kara. Miller is set to make his debut in Episode 4.

Greg Berlanti and Ali Adler are writing the one-hour drama, and also executive producing, along with Sarah Schecter and Andrew Kreisberg. Berlanti also serves as producer of “Pan.”

Miller plays the titular boy who wouldn’t grow up in Warner Bros’ “Pan,” opposite Hugh Jackman, Rooney Mara and Garrett Hedlund. He is reprepsented by WME and Eaton Management in Australia.