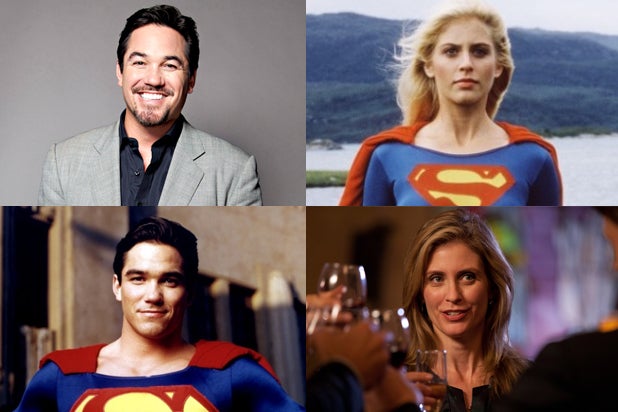 CBS has added Dean Cain and Helen Slater to its “Supergirl” drama, a spokesperson for Warner Bros. Television told TheWrap on Friday.

The actors, who played Superman on “Lois & Clark: The New Adventures of Superman” and Supergirl in the film of the same name, are set to guest star on the pilot, but their roles are yet unknown.

Cain starred on the romance-filled superhero drama “Lois & Clark” opposite Teri Hatcher (Lois Lane) for four seasons. He later hosted TBS’s “Ripley’s Believe It or Not!” and starred on the NBC drama “Las Vegas.” On the big screen, he recently starred alongside another former hero, Kevin Sorbo (“Hercules”), in the religious film “God’s Not Dead,” which pulled in over $60 million.

Slater also broke through playing a Krypton-born superhero in the 1984 film “Supergirl.” She subsequently starred in “City Slickers” and “Lassie.” More recently she appeared on CBS’s “The Young and the Restless.”

12 of the Whitest Superheroes in the Universe (Photos)

1 of 12
Marvel's initial go-around with "The Fantastic Four" franchise consisted of Loan Gruffudd, Chris Evans, Michael Chiklis. Jessica Alba, who's part Hispanic, was the only deviation from the all-white male cast.
View In Gallery