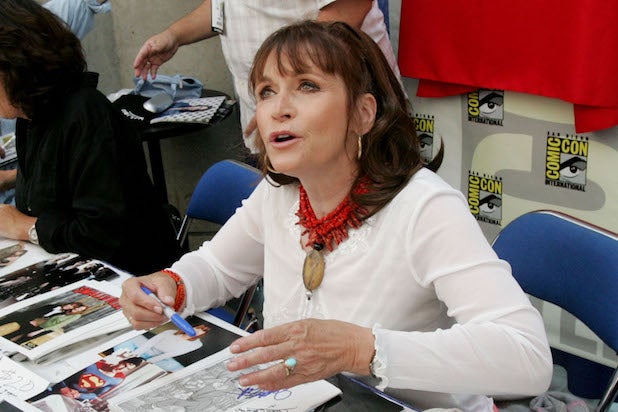 Margot Kidder, who played Lois Lane in the the “Superman” movies of the late ’70s and ’80s, took her own life in May, the actress’ daughter told the Associated Press on Wednesday.

Maggie McGuane told the AP that Kidder’s death had been ruled a suicide, adding that she knew her mother had killed herself when she was brought to the actress’ home in May.

The AP added that Park County, Montana, coroner Richard Wood said that Kidder died “as a result of a self-inflicted drug and alcohol overdose.”

The actress’ manager, Camilla Fluxman Pines, told TheWrap at the time that the actress died peacefully in her sleep.

Born in Canada in 1948, Kidder appeared in a number of low-budget Canadian films and TV shows, and appeared in films including the 1973 thriller “Sisters,” the Robert Redford-drama “The Great Waldo Pepper” and the 1979 horror film “The Amityville Horror,” as well as “Superman” and its sequels.

Kidder’s career and personal life suffered setbacks in the 1990s, following a nervous breakdown. She disappeared for four days in 1996, and later told People, “I was like one of those ladies you see talking to the space aliens on the street corner in New York.” Kidder, who said she was manic-depressive, said that she experienced “mood swings that could knock over a building.”

However, the actress later enjoyed a career revival, guest-starring in offerings including “Smallville,” “Brothers & Sisters” and “The L Word.” She also scored an Emmy in 2015 for her work on the children’s series “R.L. Stine’s The Haunting Hour.”

Margot Kidder was one of the first leading ladies of the superhero movie genre. As Lois Lane in the "Superman" movies opposite Christopher Reeve, Kidder proved she was doing more than just playing a sidekick or a damsel in distress. She was ballsier, saltier and wittier than even some of her male co-stars, and she deserves to be in the conversation with female franchise stars like Carrie Fisher or Karen Allen. But she had a lucrative career outside of playing Lois Lane, including starring opposite Robert Redford, Richard Pryor, Burt Lancaster, Howie Mandel and more. Read on to look back on her other great roles.