After six years on NBC, “Superstore” closed for good on Thursday with an hourlong finale that saw the return of America Ferrera and the end of Cloud 9, an episode that sent the main cast off in new directions and laid the groundwork for a potential spinoff.

“You’re trying to do something different and tie up loose ends and give the characters nice landing place to reassure the audience that these relationships will continue,” showrunner Gabe Miller said of planning the final ending for the comedy. “We looked back on everything from classics like ‘Cheers’ to– Jonathan and [“Superstore” creator] Justin Spitzer and I worked on ‘The Office’ together.”

“We had the experience of working on that finale and seeing how Greg Daniels worked,” said Miller’s co-showunner Jonathan Green. “We got an inside look at the process of trying to wrangle everything from so many seasons into one episode of television that will satisfy people and feel like a good landing place for everyone. And we had seen what a what a beast it could be.”

Also Read: America Ferrera to Make Feature Directorial Debut With 'I Am Not Your Perfect Mexican Daughter' 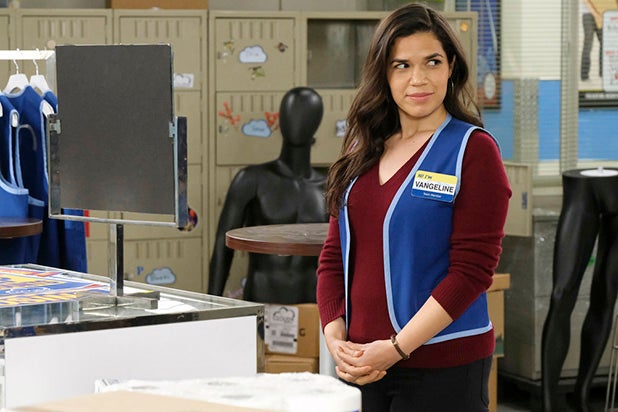 America Ferrera was quick to agree to return to the show to help see it through, first making a surprise appearance at the end of last week’s episode before getting a more substantive role in the finale when Cloud 9’s corporate parent descends on the store to close it down for good.

“She wanted to do whatever she could to help close out the series and in the best way possible,” Miller said, adding that Ferrera’s return was planned shortly after NBC made the decision to end the series late last year.

“It seemed like the only satisfying ending [for Jonah and Amy] is for the two of them to end up together,” said Green. “But there was obviously a lot of pain for Jonah, after the breakup in Episode 602. And the way it all happened was messy, and we felt like there was stuff to clean up. So the balancing act was in the finale was to let them hash out what had happened and honor the way that it ended and not have things magically get fixed.”

The mission to save Cloud 9 is largely a failure, but a few of the characters are end up staying at the store with plans for it to be converted to a distribution center. Others go off to do other things: Jonah runs for city council, Glenn re-opens his father’s hardware store and Amy moves on with her career as an executive. 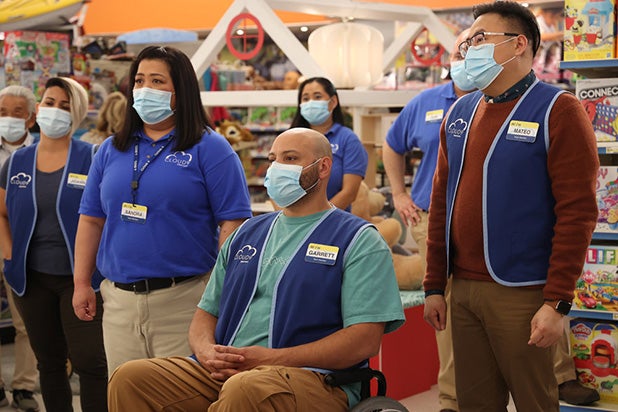 “The added element of Jonah following his dreams and actually leaning into what he really feels like inside, which is a leader looking for a cause — something that’s been brewing for years inside the shell … was really nice,” said series lead Ben Feldman. “Just that little tiny moment in the montage in the end. It choked me up when I read it, and it choked me up every time I watched it.”

Feldman said he views the last six years as an “incubation period” for Jonah and for the rest of the Cloud 9 employees: “a support system, personal connections [and] a chance to sit back and explore what it is that makes them happy or feel complete.” But Amy was the “missing piece.”

“I think both of those characters were the missing piece to the other,” he said. “And I think he’s finally kind of found his voice by the end of the show. He finally has the confidence to become what he wants to be.”

Lauren Ash, who stars as Dina, called the finale and the final montage “beautiful,” describing it as a tribute to fans who have been following the show from the beginning and “want to see our characters be okay.”

“A lot of the characters on the show, obviously, have a multitude of issues, foibles and everything below,” she joked. “So I think everyone wants to know that they’re going to be taken care of. And I think that we did that in a way that didn’t feel sappy to me.” 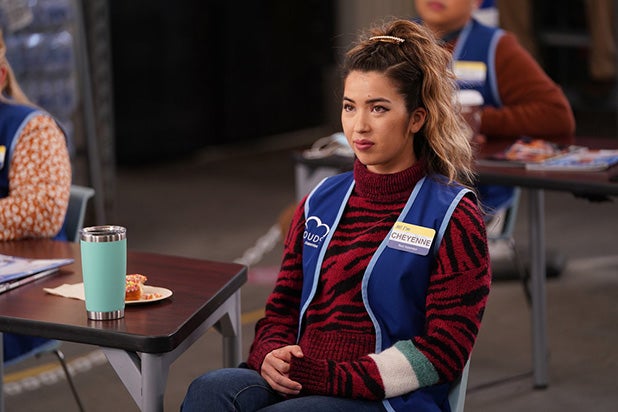 NBC is currently in development on a potential spinoff centered on Nichole Sakura’s character Cheyenne and her husband, Bo, but Miller and Green said they didn’t factor that into her ending. (Apologies to fans who were hoping that Sturgis & Sons scene in the montage was related to the spinoff.) Miller describes the project as still in “pretty early stages.”

“We’re still waiting to hear if that’s gonna happen or not, but … I’ve gotten to read the pilot script, and it’s really funny,” said Sakura. “So hopefully we’ll get made and can bring back some of the ‘Superstore’ cast to pop into that and still be part of this same world. I’m just remaining hopeful, but stay tuned.” 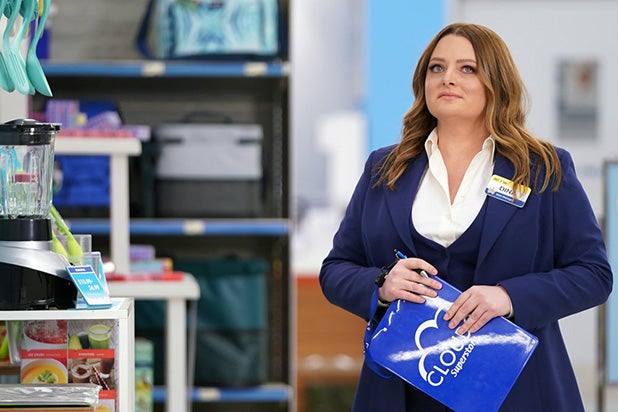