(Warning: This post contains spoilers for Thursday’s episode of “Superstore.”)

“Superstore’s” 100th episode on Thursday turned out to be a somewhat sad affair, serving as a final goodbye for departing star America Ferrera.

Ferrera’s character, Cloud 9 manager Amy Sosa, was set to head off to California for a new job at corporate at the end of last season, but last week’s premiere revealed that her promotion was put on hold when the COVID-19 pandemic hit earlier this year.

Thursday’s installment finally resolved that dangling thread, sending Amy and Ferrera off with a series of sweet goodbyes and a sad breakup for the show’s central couple.

“As you might guess, there was a lot of discussion that went into it,” co-showrunner Jonathan Green said in an interview with TheWrap. “We talked about lots of different ways to write Amy off of the show and it ended up just sort of feeling like a way that would feel very real and sort of messy in the way that a lot of our stories tend to be because we’d like to show sort of reality of it.”

Until Thursday, Amy and Jonah (Ben Feldmen) seemed destined for a happily ever after, but when Amy wouldn’t commit to marriage, Jonah chose to stay in St. Louis rather than move with her to the west coast.

“We talked a lot with Ben and America about the best ways to do this, how it should look and sound,” added co-showrunner Gabe Miller. “They’ve lived with these characters for five seasons, and have always had great insights. But especially now after going through that journey, that we all work closely together on mapping this.”

Also Read: Why Immigrant Storylines on TV Are So Important for Real-Life Immigration Issues 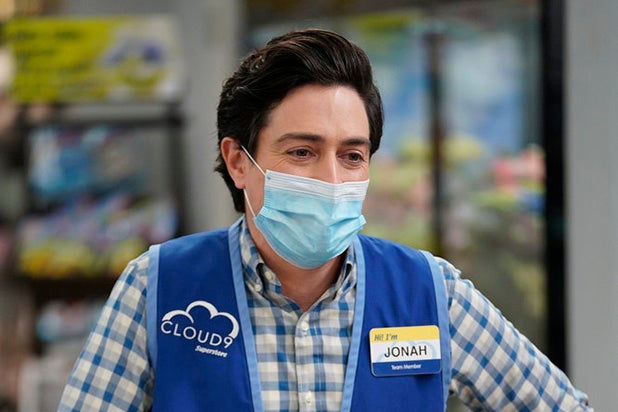 While fans may not be thrilled at this ending for Ben and Amy, Miller and Green emphasized that a clean break felt the most true-to-life, but also the most respectful option toward these two characters.

“We considered, well, maybe Jonah stays at the store and they’re still dating long-distance while Amy’s in California,” Miller said. “But when we really thought about how that would play out, it seemed like what we would end up seeing is a lot of references to Amy, or having Jonah be on the phone with her where we can’t hear her end of it. And it just felt a little cheap to the audience –or more frustrating.”

“And then all of that seemed like it would lead to an eventual breakup anyway, because we would not be able to have Amy back on the show,” he continued. “And then it would end up being a not a very satisfying breakup, because that would have to happen off-camera too. So when we looked at, you know, what’s the best path forward, that would be a realized that we could give what we felt like was a realistic way for them to break up while still leaving the door open a little bit.”

There are no current plans for Ferrera to return to the series, but Green and Miller said that certainly remains open as a possibility. Ben and Amy may not be together, but the look they shared across the parking lot in the final moments of the episode seemed to suggest they ended on relatively good terms.

“I think Jonah is a little hurt and angry,” Miller said. “But ultimately, he loves Amy and wishes her the best. And so I think that’s what we’re hoping for from his point of view.”

“They understand the circumstances that forced them to have this conversation,” added Green. “And that, ultimately, it’s probably a good thing that they have the conversation now, instead of being on different pages about their future and not realizing that for a while.” 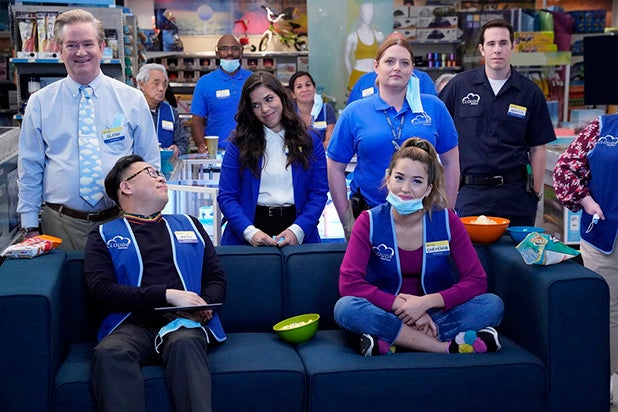