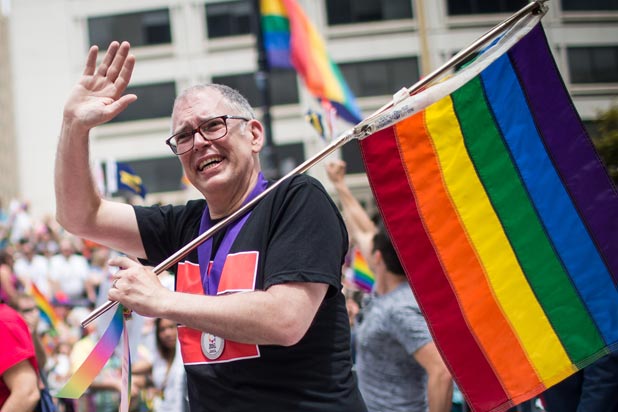 Fox is developing a film based on the Supreme Court ruling that legalized gay marriage in all 50 states, an individual with knowledge of the project told TheWrap.

The studio’s Fox 2000 division picked up the life rights to Jim Obergefell,the lead plaintiff in the landmark court case. The story will also partly be based on “21 Years to Midnight,” a forthcoming book proposal by Obergefell and journalist Debbie Cenziper.

Wyck Godfrey and Marty Bowen will be producing the project through their Temple Hill banner. The duo previously made “The Fault in Our Stars” for the studio.

“It’s a transcendent love story about someone who goes to such a length for love that he ends up changing the world,” Godfrey told The New York Times.

Obergefell, an Ohio resident, married his longtime partner John August in Maryland in 2013. After Arthur’s death, Ohio refused to list him as Obergefell’s spouse on his death certificate, leading to the lawsuit that went all the way up to the Supreme Court.

On June 26, the court ruled in a 5-4 decision that the Fourteenth Amendment of the Constitution requires all states to grant same-sex marriages and recognize such unions granted in other states.

Godfrey and Bowen will search for a screenwriter to work with Obergefell and Cenziper to develop the film.