“Survivor: Fiji” contestant Michelle Yi was assaulted by a homeless woman with a metal baton last Thursday morning outside of the pilates studio where she works in Santa Monica, California.

“She was yelling all sorts of things like, ‘You stole my identity’ and, ‘You’re a prostitute,'” Yi told People in an interview published Tuesday. “Santa Monica has a homeless problem, and I’ve dealt with this type of thing before. So I told her, ‘Ma’am, you can’t be here. You need to leave.'”

Yi says the woman attacked her with a sharp object and then hit her on the head with a metal baton. Yi was taken to the hospital, where she received several stitches on her face. 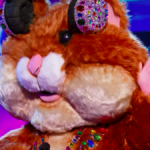 Two other victims were “randomly attacked by the suspect,” who was later identified by officers as Alexandria Diaz, “a missing person out of the Fresno area” who “suffers from mental illness, and was possibly off her medication,” Santa Monica Police Department spokesman Lieutenant Rudy Flores told TheWrap on Wednesday.

Per Flores, “In addition to being struck by the metal pipe, one victim, Michelle Yi, was also ‘poked’ by a reciprocating saw blade that officers found on the ground. Yi sustained an approximate 1 inch laceration to her right eyebrow area from a blow from the pipe. She drove herself to a local hospital for treatment. The other two victims sustained scratches to the face and head area. They refused medical treatment.”

“I can’t say why she attacked me, of all people,” Yi told people. “But she was a white lady who attacked three people that morning. Another victim was an elderly Asian man who was walking his dog, and the third was also a person of color. I can’t prove whether it was racially motivated or not, but she was screaming all sorts of awful things at me. The facts are what they are.”

The Santa Monica Police Department says there is no indication of these attacks being “racially motivated” or considered a hate crime, and Diaz has not been charged with such a crime.

Diaz was charged with three counts of assault with a deadly weapon Monday in regards to the incident.