“Survivor” winner Mike Gabler said he will donate his entire million-dollar prize to the charity Veterans in Need during Wednesday’s Season 43 finale.

“There are people that need that money more,” he told “Survivor” host Jeff Probst. “I’m going to donate the entire prize, the entire million-dollar prize in my father’s name, Robert Gabler, who was a Green Beret, to Veterans in Need, who are struggling from psychiatric problems, PTSD, and to curb the suicide epidemic.” 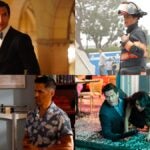 His fellow contestants looked on in shock and awe as he continued, “We’re gonna save lives and do something good. Season 43, all of us did this. A million dollars is going to them, that’s it. Everybody, we made history, guys.”

In the past, Parvati Shallow donated $50,000 to the boxing charity Knockout For Girls, while Season 33’s Adam Klein gave $100,000 of his winnings to Stand Up 2 Cancer and other organizations. Various winners have given portions of their prize to charitable causes, but never the entirety of their check.

Earlier in the season finale, Gabler set a third record by completing the fastest fire-making challenge at tribal council in the show’s history at 4 minutes and 9 seconds. When the final tribal council votes were revealed, Gabler won Sole Survivor with seven votes. Runner-up Cassidy Clark obtained one vote and Owen Knight finished in third place with zero. 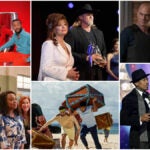