A comedy for older audiences is entering the Cannes market as Sierra/Affinity announced on Wednesday that it will launch international sales next week for “The Fabulous Four,” which will be directed by Jocelyn Moorhouse (“The Dressmaker”) and stars Susan Sarandon, Bette Midler and “Will and Grace” Emmy winner Megan Mullally.

Sarandon and Mullally will play two lifelong friends who are invited by an old college mate, played by Midler, to be bridesmaids at her wedding in Key West. Filming is currently scheduled to begin in Key West in September with Richard Barton Lewis producing through Southpaw Entertainment with Gabrielle Jerou-Tabak as executive producer. 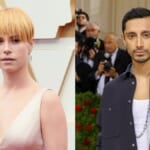 Sarandon, who won an Oscar for her famous performance in “Thelma & Louise,” is also slated to play the DC Comics villain Victoria Kord in next year’s “Blue Beetle,” as first reported by TheWrap’s Umberto Gonzalez. Midler, an Oscar nominee for “The First Wives Club,” is set to appear in the Disney+ sequel “Hocus Pocus 2”; while Mullally will appear in the upcoming A24 comedy “F***ing Identical Twins” alongside Nathan Lane, Bowen Yang and Megan Thee Stallion.

CAA Media Finance and UTA Independent Film Group are representing the North American distribution rights. Moorhouse and Midler are repped by CAA while Sarandon and Mullally are repped by UTA. The project was first announced by Deadline.