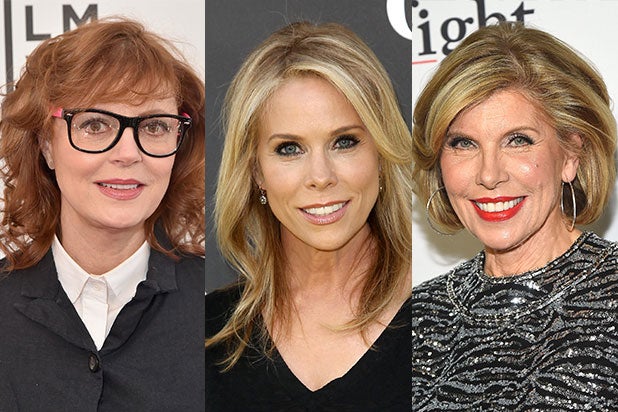 Returning as the stars of the film are Mila Kunis as Amy, Kristen Bell as Kiki and Kathryn Hahn as Carla. Hines will play Kiki’s mom, Baranski will play Amy’s mom and Sarandon will star as Carla’s mom.

Production has begun on “A Bad Moms Christmas,” written and directed by Jon Lucas and Scott Moore and produced by Suzanne Todd. Bill Block and Mark Kamine are serving as executive producers.

“A Bad Moms Christmas” will follow the group of foul-mouthed ladies as they deal with their own mothers visiting for the holidays.

“Jon and Scott’s hilarious premise for ‘A Bad Moms Christmas’ will not only let fans continue their laugh out loud love affair with Mila, Kristen, and Kathryn’s relatable antics, but adding Peter, Justin, Cheryl, Christine and Susan, and the holidays to the equation is more than we could have hoped for as we continue this important franchise for STX Entertainment,” said Adam Fogelson, chairman of STXfilms, in a statement.