Susanne Daniels has resigned as YouTube’s global head of original content after six years, TheWrap has confirmed. She will depart in March.

There, Daniels developed “Cobra Kai,” which was a YouTube original before moving to Netflix after two seasons. She also developed “On Becoming a God in Central Florida,” which moved to Showtime.

The “Karate Kid” sequel series has been hugely successful since moving over to Netflix, where it is in development on a fifth season and earned an Emmy nomination for Outstanding Comedy Series.

Along with Daniels’ departure, YouTube is scaling back its originals output. Along with its previously-commissioned originals, YouTube is now funding only projects from its Black Voices and YouTube Kids Funds. 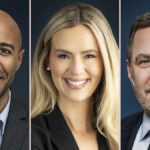 Daniels joined YouTube in 2015 as the Google-owned platform was launching a subscription tier — then known as YouTube Red — that would be filled with high-end scripted programming. Along with “Cobra Kai” and “On Becoming a God in Central Florida,” Daniels shepherded “Step-Up” (which is now on Starz) and Doug Liman’s “Impulse.”

YouTube scrapped its scripted originals plan and its subscription business after only three years and instead focused on unscripted series for its existing free, ad-supported service.

“YouTube’s the biggest and best video platform in the world and what an exciting and tremendous experience I’ve had working to create meaningful programming for global users of all ages and backgrounds,” Daniels said. “I’m so proud that our YTO content could contribute to the ongoing growth and success of this remarkable platform, and I look forward to new adventures ahead.”

“Susanne has been instrumental in establishing YouTube Originals as an integral and impactful aspect of our business. Her projects engaged YouTube creators and delighted YouTube audiences across the globe, and we are so grateful to Susanne for her creativity and leadership over the past six years,” YouTube chief business officer Robert Kyncl said.