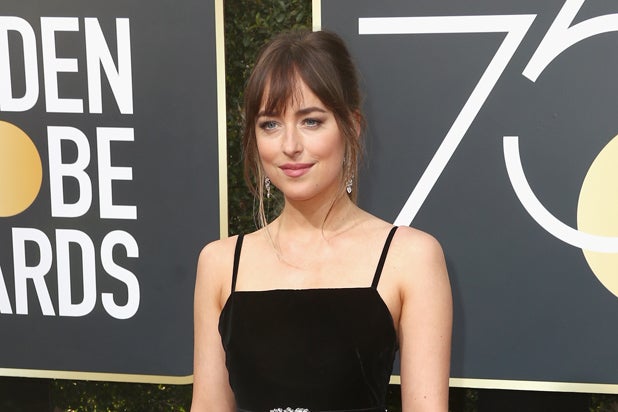 Luca Guadagnino charmed audiences with “Call Me By Your Name” last winter. Now he wants to horrify them with his reboot of Dario Argento’s classic horror film “Suspiria.” And judging by the reaction a sneak peek of his film got at CinemaCon, he’ll fulfill that goal.

The film stars Dakota Johnson as Susie Bannion, an American dancer who joins an academy run by the austere Madame Blanc (Tilda Swinton). But when she arrives, she soon uncovers some very dark secrets.

One of those dark secrets was shown to a full crowd in Las Vegas, as Madame Blanc guides Susie through a dance, telling her to stop if she feels ill. But possibly unbeknownst to Susie, there’s a girl in a doorless room surrounding by mirrors, getting thrown around and slammed into walls in time with her dancing.

With a jump by Susie, the girl is thrown end over end. With a swing of Susie’s arm, the girl’s arm is ripped out of its socket. Guadagnino’s camera zooms in on the bruises that give away the girl’s shattered ribs, the sound design amplifying every thump and breaking bone. By the end, the girl is left in a contorted heap, lying in her own saliva and urine.

TheWrap’s Matt Donnelly described the film as “Black Swan meets The Exorcist in a 70s Berlin Marc Jacobs ad.” Other attendees of the presentation also reacted… strongly to the footage.

Ummm I am traumatized after seeing a scene from "Suspiria" in which Dakota Johnson controls the body of another woman as she dances. The woman's body literally cracks in half. She is like, torn apart. Spitting, urinating, bleeding. It's… A lot. #CinemaCon

First clip from Suspiria invokes a dancer being thrown around like a rag doll telekinetically in a mirrored rehearsal space, bones breaking, becoming a contorted mess. Very gruesome and hard to watch. This film will make most people feel uneasy. #CinemaCon

Things @russfischer and I said out loud to no one in particular while watching that scene from SUSPIRIA:

The “Suspiria” reboot also stars Chloe Grace Moretz and Mia Goth. Jessica Harper, who played Susie in the original “Suspiria,” will return in a different role. An official release date has not yet been set, though Amazon Studios plans to release the film this fall.