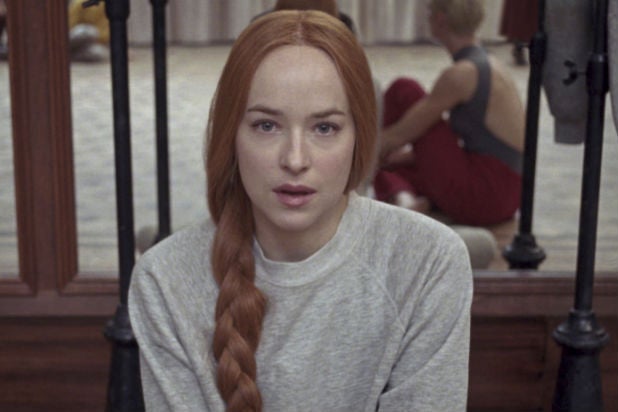 Luca Guadagnino’s “Suspiria” remake will clock in at 152 minutes, or just over two and a half hours.

That makes “Suspiria” Guadagnino’s longest film yet, surpassing the runtime of “Call Me by Your Name,” which ran for 132 minutes. Daria Argento’s “Suspiria” from 1977 ran 98 minutes, in comparison.

The remake is set to have its world premiere at the Venice Film Festival next month. “Suspiria” stars Dakota Johnson, Mia Goth, Chloë Grace Moretz and Tilda Swinton.

It follows the disturbing events at a renowned dance academy where a girl goes missing and things definitely seem to go bump in the night.

It is scheduled for a Nov. 2 theatrical release. Last month, the film managed to land a (very hard) R rating by the MPAA for “disturbing content involving ritualistic violence, bloody images and graphic nudity, and for some language including sexual references.” An ultra-violent clip of the film shown at CinemaCon in April disturbed many who saw it.

You might have seen that #Suspiria is 152 minutes. How much of it will you be able to watch?