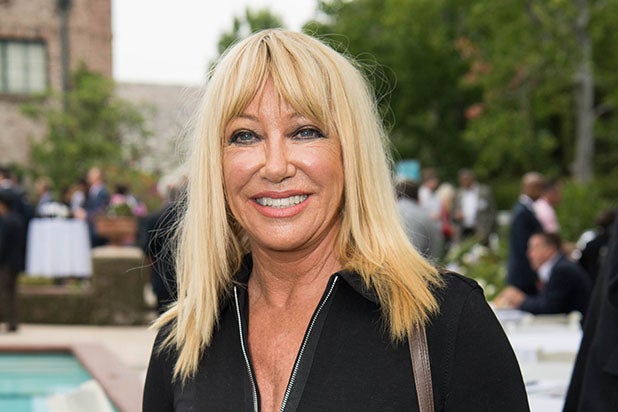 “The anti-Trumps won in this case, but really I think the network lost big,” Somers told Yahoo, pointing to the steep ratings decline for the Barr-less spinoff “The Conners” this fall.

“[ABC] won’t be able to sit with that for very long, unless some miracle happens,” she said.

Barr was ousted in May after posting a racist tweet about former Obama administration official Valerie Jarrett. The network swiftly cut ties with the actress and comedian, dropping her from its hit “Roseanne” revival despite the show’s massive success.

“Roseanne is extremely unique, and she’s fearless,” said Somers. “[She] took a point of view that’s very unpopular right now, so she hit the eye of the storm… with the 50 percent of the country who is pro-Trump and 50 percent who is not.”

As noted by Yahoo, Somers was herself fired by ABC nearly 40 years ago when she asked for parity with her “Three’s Company” co-star John Ritter. During contract negotiations for the show’s fifth season, the actress asked for a raise from $30,000 per episode to match Ritter’s rate of $150,000 per episode.

Somers was then informed that she had instead been fired from the sitcom, on which she had been a central cast member for four years. The actress said she was told at the time, “You’re out, they’re making an example out of you.”

“I was fired from the No. 1 show at the height of my success, and I couldn’t get a job in television,” she said. “I couldn’t get an interview, I was considered trouble.”