Slumping CD sales and the increasing influence of iTunes over the music industry have taken a toll on the once reliable revenues of movie soundtracks — and that’s left studios increasingly reluctant to release soundtracks to many films.

“While it’s still worth it for the right project, there are a lot of studios who aren’t even doing soundtrack deals anymore because they think it’s a waste of time,” Patricia Joseph, VP of Music Placement and Licensing for NYC-based Razor & Tie Entertainment, told TheWrap.

Joseph, whose company worked on the soundtracks for “Taken,” “Speed Racer,” Woody Allen’s “Whatever Works” and “Alvin & the Chipmunks,” said if “there are only a couple of songs that are licensed into the film and available on their own, the studios are starting to think that it just doesn’t make sense to the bottom line put a record out.” 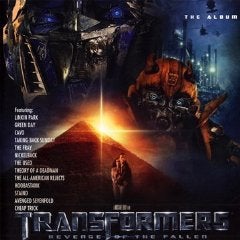 Sacha Baron Cohen’s “Bruno” was full of classics such as AC/DC’s “Back in Black” and Soft Cell’s “Tainted Love” — not to mention a celeb-packed satirical singalong featuring Bono, Coldplay’s Chris Martin, Slash, Sting and Snoop Dogg — yet Universal Pictures has not put out a soundtrack.

“Studios look at factors like the licensing fees, the production fees, the partnership deal they could strike with a label,” says one L.A. music producer who has worked on a number of big budget soundtracks, “and it just doesn’t seem worth it.”

Even some movies starring actual singing sensations don’t make it to CD.

“Beyoncé Knowles was one of the stars of ‘Obsessed’ and had a song in the movie,” notes the music producer, “but Sony never released a soundtrack.”

Not that you couldn’t get the tune if you liked it — “Smash Into You,” the Beyoncé track featured in the film, had already been released on the deluxe version of the singer’s “I Am Sasha Fierce.” (Universal had no comment, and Sony did not return TheWrap’s requests in time for this article.) 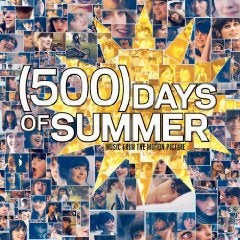 Not all soundtracks are tanking. “Hannah Montana: The Movie” went platinum in just two months, “Twilight” has sold 2.2 million copies since it hit the shelves in November 2008 and “Slumdog Millionaire” soared to number two on the Billboard albums chart after winning the Oscar.

But gone forever are the days of “The Bodyguard,” the best selling soundtrack of all time — thanks to Whitney Houston’s “I Will Always Love You” — moving 17 million copies, “Top Gun” selling 9 million copies and the rootsy 8 million sales of “O Brother Where Art Thou.” (See accompanying story, "The Top 10 Soundtracks of All Time.")

“Transformers: Revenge of the Fallen” is the highest grossing film of 2009 so far, having generated over $380 million in box office and over $809 million worldwide since its release on June 24. In years past, the soundtrack for a blockbuster like that would be flying off the shelves. But even with a new song by the popular Linkin Park, “New Divide,” the album is all rusty parts, according to Chris Byerly, store manager of Amoeba Music on Sunset.

“It’s not doing well here,” Byerly told TheWrap. “Whatever sales ‘Transformers 2’ did were driven by the single.”

Even a big promotional push for “New Divide” when the movie premiered didn’t help. The song debuted at number six when it came out on May 18 and fell the next week to number 39. Unlike, say, the days of “I Don’t Want to Miss a Thing,” Aerosmith’s number-one single from “Armageddon.” Or the inescapable “My Heart Will Go On” by Celine Dion from the soundtrack to 1997’s “Titanic,” which has sold over 11 million copies. 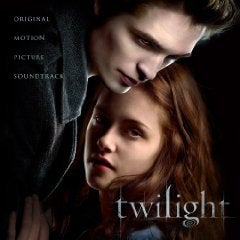 As for the “Transformers: Revenge of the Fallen” album itself, despite Linkin Park and material from Green Day, Nickelback and Avenged Sevenfold, it has sold just over 115,000 copies — about half the 222,000 copies of the soundtrack for the first “Transformers” back in 2007, according to Nielsen SoundScan, which tracks weekly music sales.

The robotic sequel isn’t alone. Even with MySpace exclusives and secret shows by goth rockers My Chemical Romance, the Boomer-heavy soundtrack for “The Watchmen” got even less traction this spring than Zack Snyder’s big-screen adaptation of the acclaimed graphic novel.

Then there’s “500 Days of Summer,” one of the most critically acclaimed films of the summer and an indie film truly built around music. Yet the soundtrack — full of Smiths, Feist and Regina Spektor tunes — sold less than 12,000 copies two weeks after it came out on July 14, according to SoundScan.

It was a far cry from 2004’s "Garden State." The soundtrack for that indie movie  not only went gold but beautifully evoked the tone of Zach Braff’s directorial debut — and broke the band the Shins in the same way "The Graduate" broke Simon & Garfunkel. 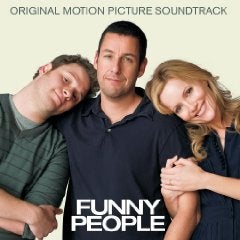 The story isn’t much better for the “score” album, once a staple of the industry, though a genre that has been eclipsed in recent years by rock-song-loaded soundtracks. According to SoundScan, recent figures are dismal: “Star Trek,” 43,000; “Ice Age: Dawn of the Dinosaurs,” less than 1,000; even “Harry Potter and the Half-Blood Prince” only sold 28,000.

One problem, of course, is that the whole industry is down. Music sales are falling in the double digits with 2008 down 14 percent from 2007, which itself was a year of decline. But even in a somewhat healthy arena like iTunes, the genre is badly hurting.

Blame changing consumer patterns. Music buyers, especially the younger ones, tend to purchase tunes individually online, rather than by albums. But the largest online download store, iTunes, primarily insists soundtracks be sold as complete albums. Unlike with most albums where you can cherry-pick songs for 99 cents each, the only choice on iTunes often is “album only.”

On the recent “Funny People” soundtrack — featuring music by Robert Plant, James Taylor and even Adam Sandler — only two songs could be purchased individually. The same was true with “500 Days,” “Transformers: Revenge of the Fallen,” “Imagine That” and a third of the “Fast & Furious” soundtrack.

One reason most of the songs are sold “album only” is to induce consumers to purchase the whole album, to further the album as a concept of the film. As an Apple spokesperson told TheWrap, it’s "to make the product more discoverable to consumers." 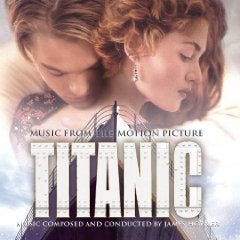 The over-two-time-platinum “Twilight,” at least, has proven very discoverable on iTunes. It has sold an impressive 489,000 digital copies and has sauntered in and out of the iTunes Top 20 and Billboard’s Top 20 since it was released last year.

“Twilight,” specifically targeted towards the demographic of fans of author Stephenie Meyer — who has repeatedly cited the UK band Muse, who are on the soundtrack, as an inspiration to the vampire novels — and tweens, is the big exception in today’s market, Razor & Tie’s Joseph told TheWrap.

All but one song, Paramore’s “Decode,” are available on “Twilight” as “album only,” a trend that Joseph finds extremely detrimental to soundtrack sales.

If today’s singles-oriented consumer is alerted to one song in a movie and finds that the soundtrack is a compilation, he will just go somewhere else to buy the song, whether that be another album by the artist or illegal download.

“It definitely puts an impact on potential soundtrack sales,” she told TheWrap.