Austin’s South By Southwest film festival begins Friday on a “Kick-Ass” note and goes out March 20 with a “Four Lions” Roar.

Indeed, the 133 features spread out through 11 categories at SXSW run the gamut. There are 58 world premieres — and one is even 3-D, the aptly titled “Hubble 3D,” which has its first public screening Sunday. 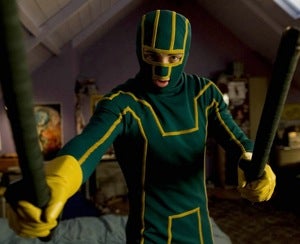 In Spotlight Premieres, there are SXSW veteran Aaron Katz’s “Cold Weather,” a detective story by way of extended-shot character studies; Tim Blake-Nelson’s “Leaves of Grass,” a stoner comedy by way of dual Edward Nortons; “Lemmy,” the doc on the iconic Motorhead frontman; and “American Grindhouse,” another doc that focuses on genre exploitation culture and its effect on filmmaking.

The headliners are what you’d expect from a festival heavy on genre and populist screenings: world premieres of Matthew Vaughn’s independent comic-book adaptation “Kick-Ass,” the “SNL” Hail Mary play “MacGruber” and leftovers from Sundance: “The Runaways,” “Get Low,” “Four Lions” and The Duplass Brothers’ “Cyrus.” There’s also the world premiere for “Mr. Nice” and a U.S. premiere for “Micmacs.”

Per usual, all the narrative features in competition are world premieres, from the sci-fi inspired “Earthling” to Lena Dunham’s “Tiny Furniture,” a young New Yorkers comedy. 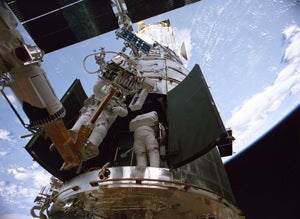 Likewise, the selections in darrative documentary are all new and completely untested:  “Dirty Pictures” is “an intimate portrait of the life and work of Dr. Alexander Shulgin,” who helped people to literally trip the light fantastic; “The Canal Street Madam” shows a mother restructuring a brothel and her family after it gets raided; “Camp Victory, Afghanistan” the synthesis of three-year culmination of footage of the Afghan National Army and the National Guard sent to help them.

Over all, it’s the type of slate full of unknown quantities impossible to parse without plunking yourself down and hoping for the best.

Those who couldn’t attend Sundance should make “The Red Chapel” a must-see, which took the World Cinema Prize: Documentary there in January. Many compare the film to “Borat” invading North Korea, which is dead-on about Mads Brügger’s provocative, self-deconstructing take on Kim Jong-Il’s media and government. 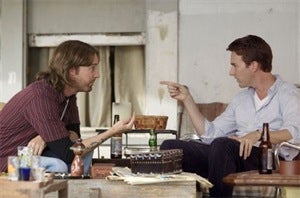 Other Sundance must-sees include Bryan Poyser’s ‘Lovers of Hate,” which follows two brothers consistently needling each other for respect while battling for the same woman, and “His & Hers,” Ken Wardrop’s quaint documentary exploring relationships from the female perspective over the years.

There’s still the Midnighters selection, which gives you the last chance to catch “Enter the Void” in its 156-minute eye-melting glory before it’s cut for theatrical release, and “Suck,” which promises vampires and rock ‘n’ roll that premiered way back at the 2009 Toronto Film Festival.