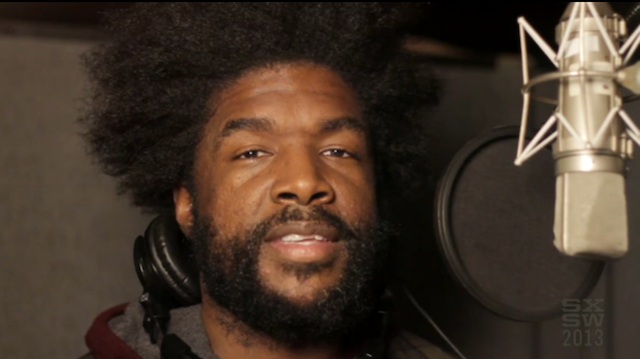 South by Southwest begins Friday, and while the interactive festival might spur all of the trending topics on Twitter, the film festival boasts more than 100 films from the likes of Nelson George, Joss Whedon and Neil LaBute.

The breadth of films at all major festivals can overwhelm, so TheWrap has picked a few for your viewing pleasure.

When we spoke with festival director Janet Pierson at the end of January, she promised entertainment — and lots of it. “There’s something with wide appeal about a lot of these films,” she told TheWrap. “They are funny, different, surprising and entertaining.”

"We tend to skew edgy and be in peoples’ faces. This year, we were laughing a lot and in really good moods.”

TheWrap tried to follow that instinct, selecting a mix of documentaries and narrative features (and even some shorts) on topics including funk music and Napster and that feature stars like Steve Carell and Olivia Wilde.

Nelson George, one of the foremost experts on black culture and the author of books like “Hip Hop America,” has teamed with Questlove, pictured above, drummer and front man of The Roots for a documentary about the past, present and future of funk music. Funk started with musicians such as Little Richard and James Brown before breaking out in the 1970s as a bridge between 1960s soul and 1980s hip-hop.

This film touches on everyone from Parliament and Sly Stone to D’Angelo and Sheila E. As an added bonus, legendary bassist Bootsy Collins (Funkadelic) will be in Austin on a panel with George and executive producer Arthur Baker. Don’t miss it (or do, so we can get in).

It’s spawned two sequels, videogames, comic books, even an Off-Broadway musical, but nothing can top Sam Raimi’s 1981 original’s mixture of low-budget chills and blood-drenched humor. By returning to the source material and shunning CGI effects in favor of more traditional cinematic trickery, Alvarez is betting he can rekindle the rebel spirit of the film that started it all and maybe haunt the dreams of a new generation of horror fans.

After making more than a dozen low-budget features over the past decade, Swanberg wrote and directed this tale, which stars Wilde and Johnson as two employees at a brewery. They begin to fall for one another, but there's a catch: they’re both in relationships. To recap: Wilde in a largely improvised film set in the world of craft beer. Is the film too hip for hipper-than-though Austin? Nah.

Napster, the peer-to-peer file sharing service, upended the music industry and led to a decade of devastation for giants like Sony Music and EMI. The documentary offers a chance to look back at the early years of Sean Parker, who went on, at least if “The Social Network” gets it right, to show Mark Zuckerberg that “a billion dollars is cool.” Sadly, for him, he looks nothing like Justin Timberlake. However, it’s a chance to see if the guy from “Bill & Ted” is aces behind the camera. Come on, you’re curious.

Brie Larson stars as a counselor in a foster home whose own traumatizing past complicates her efforts to help disadvantaged kids. This feature-length movie is based on Cretton’s short film that won a Sundance Jury Prize for Best Short Film in 2009. The script won the Nicholl Screenwriting Fellowship in 2010. Larson co-starred as Miles Teller's ex-girlfriend in 2013 Sundance breakout “The Spectacular Now.” She may be primed for a breakout of her own.

The festival’s opening-night movie will inject a dose of big-studio flavor into SXSW’s indie feel. There seem to be ample opportunities for laughs in a plot about a pair of Vegas Strip magicians (Buscemi and Carell) who find themselves eclipsed by a hot new act (Carrey). It’s also a chance to see if Carrey, who has been in the comic wilderness for a few pictures (“Mr. Popper’s Penguins,” anyone?) still has what it takes. All that Siegfried & Roy inspired hair is a promising start.

Because Whedon wasn’t busy enough overseeing “The Avengers” franchise, he decided to update Shakespeare's romantic comedy in the present day. As fans of the play will recall, Beatrice and Benedick spar and verbally joust their way into each other’s arms. That kind of banter was a hallmark of Whedon’s take on the wisecracking interplay between the members of Marvel's superhero team — well, minus the part where the Hulk and Hawkeye make moon eyes at each other.

Award-winning playwright Neil LaBute adapted his own play for the big screen, the tale of a writer who embarks on a trek to visit all his ex-girlfriends right before his wedding. Adam Brody, experiencing something of a career renaissance, stars as the writer, while Bell, Watson, Morrison and Kazan star as the exes. LaBute’s film work has been mixed, but his talent and pedigree make them all worth seeing — even “The Wicker Man.” Gulp.

Billie Joe Armstrong has been making headlines recently for his struggles with alcohol and prescription medication. This documentary captures the Green Day frontman in a different, more triumphant light, going behind the scenes on a sold-out show at Madison Square Garden and the opening of his Broadway musical “American Idiot.” The documentary should remind audiences about the punk rocker as a modern-day musical polygot.

OK, OK, documentary shorts will not be the hottest ticket in town. But the Academy just selected SXSW as a qualifying festival for the Documentary Short Subjects category. This being the first year, it behooves any festivalgoer to take a look. This program includes a history of John Baldessari from “Catfish” filmmakers Henry Joost and Ariel Schulman, the story of Apple Records and a portrait of indie rock band TV on the Radio. Indie rock, social media and Tom Waits. Welcome to South By.