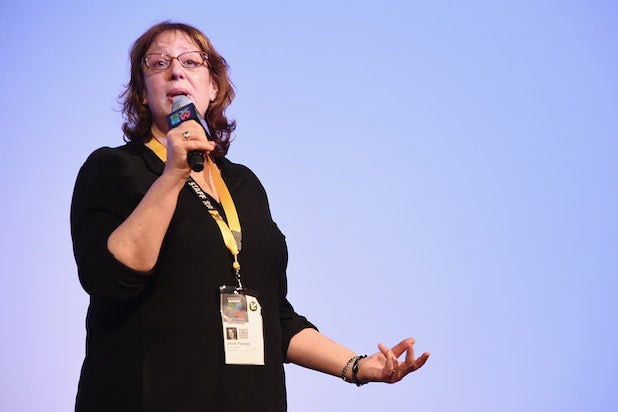 South by Southwest was one of the first major festivals canceled last spring, after the city of Austin issued an emergency order in the early days of the COVID-19 pandemic. And “thank God” for that, SXSW’s director of film, Janet Pierson said, because who knows what kind of superspreader event the festival could’ve been had it gone on as planned.

“I’ll never forget, because it’s what I imagine being in a tsunami is like. The ground is slipping one way, the wave is going over. It was so intense, we loved our program so much. We just thought it was going to be an incredible year,” Pierson told TheWrap, reflecting on the frantic days before the planned March 2020 event.

One year removed from that sudden cancellation, Pierson definitely didn’t expect that she would still be planning a virtual event rather than an in-person one. But SXSW has always been a destination for innovation; a festival that stands apart from the rest because of how it fuses film, music and technology in a jam-packed program of movies, panel discussions and live performances.

So now that we’ve had nearly a full year of festivals going virtual and reinventing themselves on the fly, how is SXSW hoping to stand out?

“We’re working closely together, but one of the riches of South By has always been that we’re not like anywhere else,” Pierson said. “There’s nowhere else that is so strong in all the areas. We love the interplay, the convergence, the flow and how it mixes together. This year, absolutely putting everything into a platform where it works for everybody is challenging, for sure.”

This year’s SXSW, Pierson explained, will combine all three facets of the festival — film, music and tech — in one single ticket. The whole event will live online, and rather than having to purchase a festival pass or individual tickets to specific events, attendees’ one ticket will give them global access to everything.

All of the content will play across five different streaming channels. Live music sets will only be playable in the moment, but movies will be launched seven films at a time across the first three days of the fest, and will be available until the festival ends. What’s more, a number of the films will be presented without audience capacity limits, so there’s no fear of sold-out screenings or losing your virtual seat. And the festival was designed with connected TV apps in mind, so attendees’ tablets or laptops can be freed up.

“The key is what kind of audience engagement can you have? We’re presenting so much content,” Pierson said. “What’s been interesting is to understand that everybody across all our event industries — music, events, entertainment — is in a day-by-day learning mode, where everybody’s trying to figure things out. And as the technology changes, how do you incorporate it?”

Granted, SXSW’s 2021 slate is greatly slimmed down compared to previous years. As many as 2,000 bands used to play in Austin over the course of the festival, while just 300 are participating in this year’s event. On the film side, 75 different features are screening this year, compared to the usual lineup of just about 130, but the fest still boasts a full short film slate and more than 50 world premieres.

The lineup, too, is one that encourages discovery. While the headlining films are all music-oriented — including new documentaries about Demi Lovato, Tom Petty and Charli XCX — many of the films playing in competition are from first-time filmmakers and other emerging talent.

“We’re known for having an edgy sensibility and the idea that we love inventiveness and films that were made with so little resources. They’re scrappy and they’re talent over resources, and this program is full of that,” Pierson said. “It’s a lot of filmmakers whose work we weren’t familiar with, and you just see the sheer talent emerging in terms of point of view and execution.”

But not having last year’s SXSW hit the organization hard. It was previously reported that the festival had to lay off about a third of its staff, which was followed by additional furloughs over the summer, with just some of those folks returning this year.

“It’s not for me to talk about the company at large, but not having our event had a huge impact on the event, on the business,” Pierson said. “So we’re definitely doing this with a very leaned down staff and resources.”

A boon for many virtual festivals in the past year has been the sheer number of people able to attend, with the recent Sundance Film Festival boasting a whopping 600,000 views across all of its screenings and events. But the trick for any festival has been how to recreate the communal effect of experiencing something in a room full of people at the same time. SXSW is no different, and Pierson is encouraged that this year’s format can get closer than ever to capturing SXSW’s usual feeling of “serendipity.”

“I’m hoping that is still possible this year, because it’s all going to be accessible to you right there,” Pierson said. “I’m very excited to see what new paradigms will emerge from all these people so wanting to have an experience together, wanting what South By meant to them. How do we create that in this format? I’m expecting some creativity and new ideas to emerge through and from this event.”