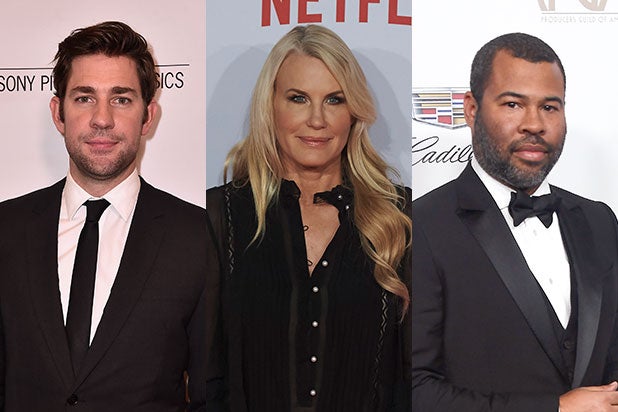 No sooner has the snow melted from Hollywood’s Sundance boots does Texas come calling, with a first glimpse of this year’s SXSW Film Festival slate announced on Wednesday.

John Krasinski’s anticipated horror-thriller “A Quiet Place” will open the festival, in what SXSW’s Director of Film Janet Pierson told TheWrap was an “ambitious, exciting” evolution in the star’s career. Director-star Krasinski recruits wife Emily Blunt for a tense narrative about a family that must stay silent for survival.

In addition to 86 world premieres — that includes an indie musical from writer-director Daryl Hannah starring Neil Young and Willie Nelson — SXSW will feature an expanded program of episodic TV.

The delayed, but much anticipated “The Last O.G.” from creator Jordan Peele and stars Tracy Morgan and Tiffany Haddish, will premiere in the beefed-up category. Bill Hader’s “Barry,” about a murderous loner who finds a community in the L.A. theater scene, will also premiere.

“We look for subcultures,” Pierson said of the slate, “and we try to have some fun. That’s important.”

Additional premieres and SXSW’s anticipated Midnights section will be announced in the coming weeks. The SXSW Film Festival runs this year from March 9-18.

Read more from the announcement:

Midnighters, Shorts, Virtual Cinema, Independent Episodics, Title Sequences, Music Videos and late-breaking Features will be announced on February 7. All feature categories, with the exception of Special Events, will be eligible for category-specific Audience Awards.

The Documentary Feature Competition includes: Chi-Town directed by Nick Budabin; Garry Winogrand: All Things are Photographable directed by Sasha Waters; The Gospel of Eureka directed by Michael Palmieri and Donal Mosher; ¡Las Sandinistas! directed by Jenny Murray; People’s Republic of Desire directed by Hao Wu; Social Animals directed by Jonathan Green; This One’s For The Ladies directed by Gene Graham; TransMilitary directed by Gabriel Silverman and Fiona Dawson; Weed The People directed by Abby Epstein; and The World Before Your Feet directed by Jeremy Workman.