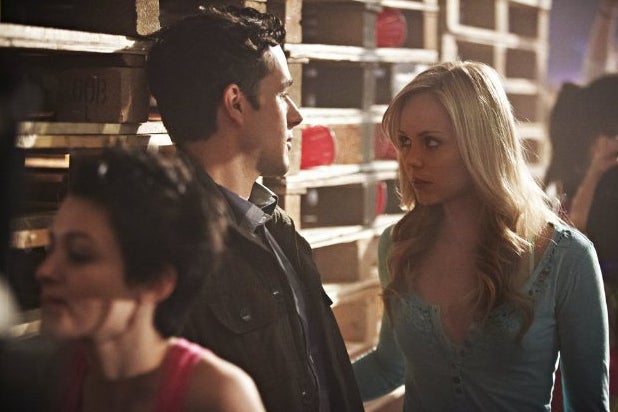 Syfy has renewed “Bitten” for a 10-episode second season. The series, from independent studio Entertainment One, will return to Syfy in 2015.

During its first season on Syfy, “Bitten” averaged 1.1 million total viewers, according to Live +7 data.

Based on the “Women of the Otherworld” novels by Kelley Armstrong, “Bitten” stars Laura Vandervoort (“Smallville”) as Elena Michaels, the lone female werewolf in existence. The show also stars Greg Bryk (“A History Of Violence”), Greyston Holt (“Alcatraz”), Steve Lund (“Being Erica”) and Michael Xavier (“The Best Years”).

“Bitten” is executive produced by J.B. Sugar (“The Collector”) for No Equal Entertainment, John Barbisan, and Patrick Banister (“Whistler”) for Hoodwink Entertainment, and Tecca Crosby, John Morayniss, and Margaret O’Brien for eOne. “Bitten” is produced in association with Space and Bell Media.

Daegan Fryklind (“Motive”) serves as showrunner; eOne is the worldwide distributor for the series.

Production on Season 2 will begin this summer in Toronto.