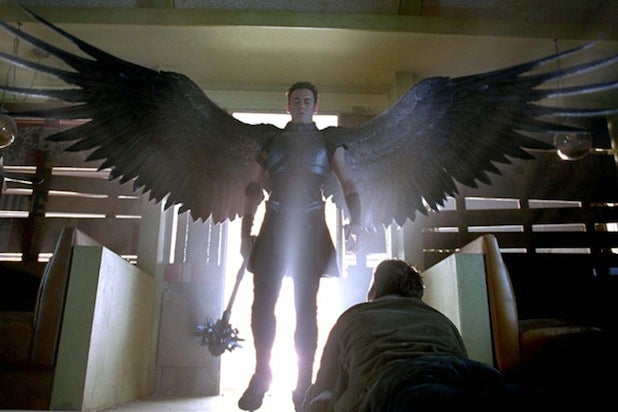 Get ready for more angels and aliens on Syfy.

The network has renewed its series “Defiance” and “Dominion,” with each series receiving a 13-episode order for a 2015 return.

“Defiance,” which will go into its third season, explores a near future in which aliens and humans must learn to co-exist peacefully on an exotically transformed planet Earth.

“Dominion,” meanwhile, is set in a post-apocalyptic setting where lower angels battle mankind for control. The renewal will bring “Dominion” into its second season.

Both series are produced by Universal Cable Productions.

Season to date, both series are averaging 2.7 million total viewers with 1.2 million of them in the advertiser-coveted 18-49 demographic, according to Live + 7 data, which factors in viewers who watched during the initial airing and the following seven days.