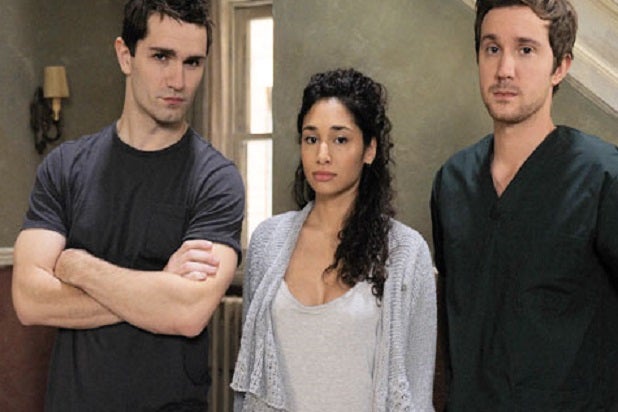 “Being Human” will end its run with a series finale on April 7, Syfy said Tuesday.

The series is set to start the second half of its fourth season.

“Showrunner Anna Fricke and the talented producers, writers, cast and crew have done an amazing job bringing this show to life over the past four seasons and we sincerely thank them and the series’ production company Muse Entertainment for their hard work,” the network said in a statement, adding, “They’ve saved the best for last with the final six episodes that revisit the story’s beginning, leading to a not-to-be-missed send-off for Aidan, Sally, Josh and Nora.”

The series, a remake of the British show of the same title, revolves around a trio of Boston roommates who happen to be a ghost, a vampire and a werewolf.

In a video to fans of the show, Sam Huntington, who plays Josh on the series, notes, “What I’ll miss most about being on ‘Being Human’ is the fact that I — oh God, everything.”

Watch the cast’s thank-you video to fans below.