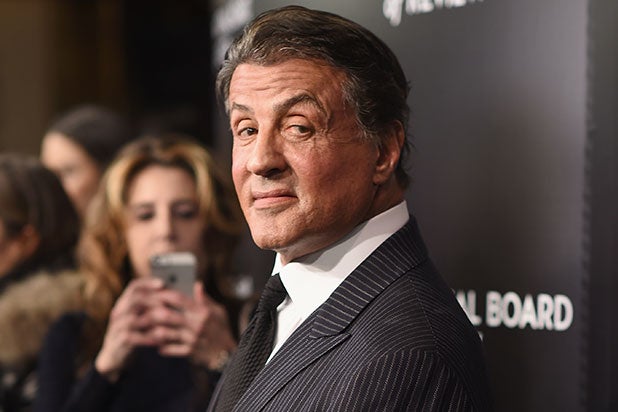 Way to find a way around the play-off music, Sylvester Stallone.

The actor, who received a standing ovation while receiving his first Golden Globe award on Sunday, took to Twitter on Tuesday to extend his acceptance speech. Or at least to rectify a couple of glaring omissions.

The “Rocky” star dusted off his account to belatedly acknowledge “Creed” star “Michael B. Jordan and director Ryan Coogler.

The actor noted that he did so after Samuel L. Jackson criticized him for leaving Jordan and Coogler out of his speech.

“Samuel Jackson is upset that I foolishly forgot to mention the brilliant Ryan Coogler and MB Jordan he is right I owe them everything,” Stallone tweeted.

On Sunday, Jackson tweeted, “#waitwaitwait, Ryan Coogler & Michael B Jordan, Thanks for acting with me!!! Loved Sly but…”

During his emotional acceptance speech in the Best Supporting Actor in a Motion Picture, Drama category, Stallone thanked his wife, Jennifer Flavin, saying, “Actually having your love is the best award in the world.”

He also thanked his character Rocky Balboa, whom he referred to as “my imaginary friend” and “the best friend I’ve ever had.”

#waitwaitwait, Ryan Coogler & Michael B Jordan, Thanks for acting with me!!! Loved Sly but… — Samuel L. Jackson (@SamuelLJackson) January 11, 2016